Play Original NES and SNES Games With the Fctwin

Got an itch to play some old Nintendo and Super Nintendo games? The FCTwin console lets you play both NES and SNES cartridges using a single, low priced console. 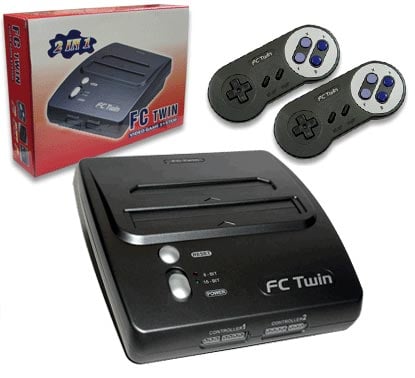 While it’s definitely not an official Nintendo product, the console does play original cartridges from the popular retro gaming systems. The system comes in black, white and silver variants, and includes the console, A/V cable, power adapter and two controllers. Build quality doesn’t look all that hot, but what do you expect for $50? The FCTwin can be purchased from VideoGameCentral and other online console importers. If you’re worried about whether or not this thing works as promised, RetroThing recently reviewed the FCTwin and gave it high marks.

If you need to get a classic Nintendo fix right this second, you can always check out the online virtual NES gaming arcade.