Tech geek Tzywen was too impatient to wait for the upcoming Apple iPhone, so he created a custom launcher application for his Microsoft Pocket PC which is based on the iPhone user interface. 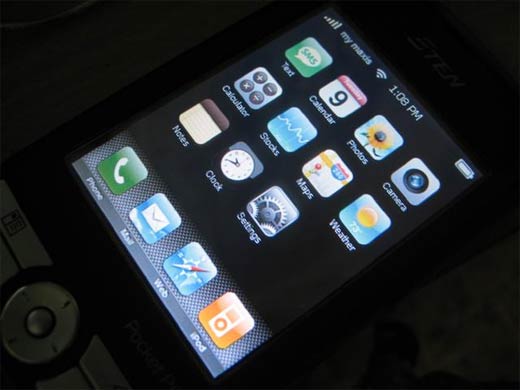 He’s even went so far as to recreate the finger-scrolling capability for music playlists that Steve Jobs showed off when the iPhone was announced. It’s certainly NOT an iPhone, and has many of the quirks of the clunky PocketPC environment, but it’s still fun to see how far a dedicated fan is willing to go. For some reason, I’m thinking Apple’s legal deparment won’t be too happy about it though.