Wondering what Nintendo might fill up all of those available channel slots with on the Wii? Artist-designer Paul Pape has come up with this interesting vision for a new channel, the Wii Bday Channel. 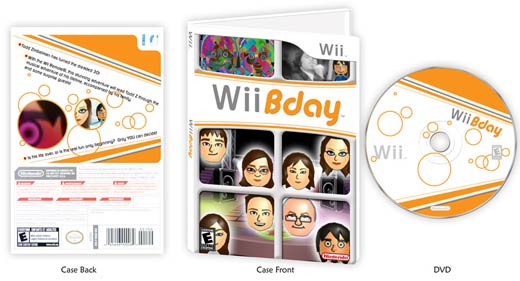 The fake channel is actually a 30th birthday greeting that Pape created for a friend of his (who happens to be a fan of The Doors, hence the music.) He even went so far to develop a fake case and DVD to package it in.

It’s really a pretty amazing emulation of the design and interface styling of the Wii. Two thumbs way up, Paul!

[via The Last Boss]