An enterprising hacker over in Japan has put together this mashup between the old school Nintendo Power Glove and a modern day Wii-mote controller. 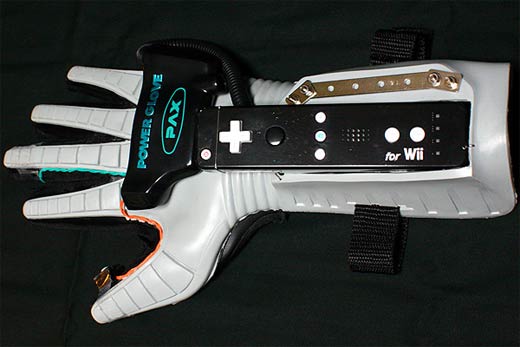 While the on-screen motion sensing is pretty much standard functionality, the modder did add some finger activated switches to replace the A and B buttons. I also kinda like the glossy black paint job, which makes me think that all consoles should just stick with good old basic black instead of white.

Is it just me, or is he controlling that cat to the right of the TV with it?