Blu-ray to to Give Away Free Movies

Much of the industry is already saying that Blu-ray is winning the high-def format wars, so it’s actually surprising to hear that the Blu-ray Disc Association is hedging their bets even more by giving away free discs with the purchase of their players. 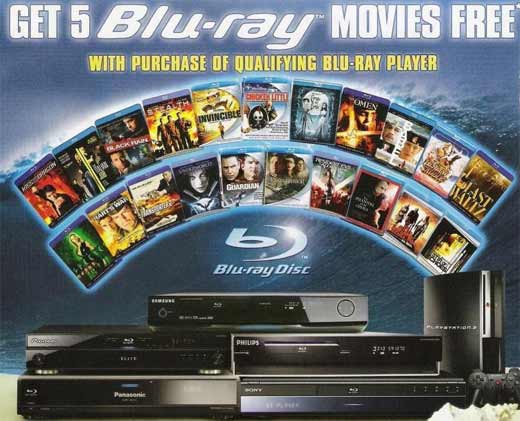 That’s right. Starting on July 1 and running through September 30, purchase a Blu-ray player and you’ll be able to redeem a coupon for FIVE free movies (from a selection of twenty-two pretty decent titles). Even the PlayStation 3 qualifies for the offer (60 GB model only though.)

Some of the free titles include Species, Underworld, The Italian Job, Corpse Bride and Babel among others.

The official site for the promotion isn’t open yet, but it should be in a couple of days.

[via Blu-ray.com via High-Def Digest]