While Microsoft bundles a headset for Xbox 360 online gameplay, it would be an understatement to say that the sound and build quality is a bit sketchy. So what’s a heavy-duty online gamefreak to do? Turtle Beach may have the answer with their Ear Force X3 headset for the Xbox 360. 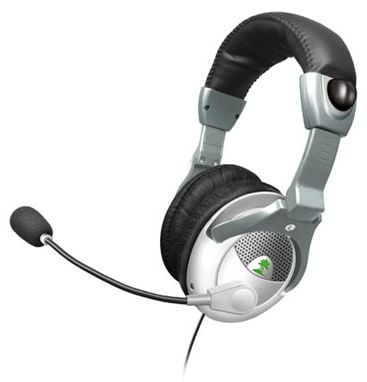 You won’t be fooling around with these puppies around your ears. For starters, the X3s have some really well-padded ear cups so you’ll be able to play for hours on end without the headache that the standard 360 headphones can cause.

In addition, the $100 headset lets you enjoy both voice chat and game audio by using an IR transmitter that plugs into the Xbox 360’s audio outputs. Onboard audio processing circuitry can expand both the bass and the depth of stereo imaging for a truly immersive experience.  There are a variety of other nifty features too, like microphone monitoring so you can hear your own voice like you do on a telephone, as well as the ability to automatically adjust chat volume so you’re not drowned out when your game gets louder.