Nixie Clock Knocked Off in LCD

For some reason, clock makers keep trying to bring back the magic of Nixie tubes without using any of the actual tubes. First, we had the LED “Nixie” Clock, and now we get this cheapo version that uses LCDs instead. 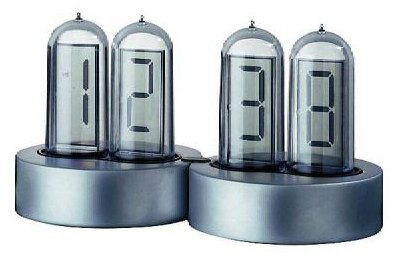 About the only thing the Marksman LCD “Nixie-Style” Alarm Clock has in common with a real Nixie clock is that it has clear tubular containers for each of the digits. Without the ethereal orange glow of the real deal, I think it’s really missing something.

I guess the only reason you’d want this is if you just can’t afford a clock with real Nixie tubes. If that’s the case, you can slum it with one of these on eBay for just $14.99.