In the wee hours of the morning today, Sony Japan rolled out (literally) the Rolly Sound Entertainment Player (model SEP-10BT). The egg-shaped device isn’t just an odd-looking media player, it’s a little robotic gadget that can roll around and do a little “dance” on your tabletop while it plays your tunes. 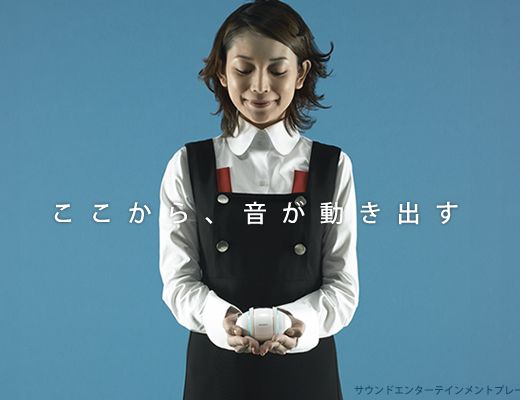 It does have an interesting user interface, in which you turn a band at the top end of the “egg” to change tracks, or the one at the bottom to change volume. A motion sensor automatically detects which end is up. To shuffle tracks, you shake the player. There are some good videos of how that all works over on Akihabara News.

The player has built in speaker “ears” which flap along to the music too. It’s also got Bluetooth on board so you can download custom movement sequences from your PC. It can play MP3, ATRAC and AAC tracks, but not WMA files. But most important is its ability to pull of some cute little dance moves.

With a retail price around $350, this isn’t exactly a kids toy. Just 1GB of memory means it’s not going to store your entire music collection either. It’s also just too big and cumbersome to put in your pocket, so it’s not particularly portable. I know that it’s supposed to be cute, but when I can pick up an iPhone or an Xbox 360 for about the same price, I’m just baffled.