Bored with your old black or white Xbox 360 controller? How about pink or blue? I’m not sure if Microsoft is going for the whole “blue is for boys, pink is for girls” thing here, or just trying to give us a little color choice. 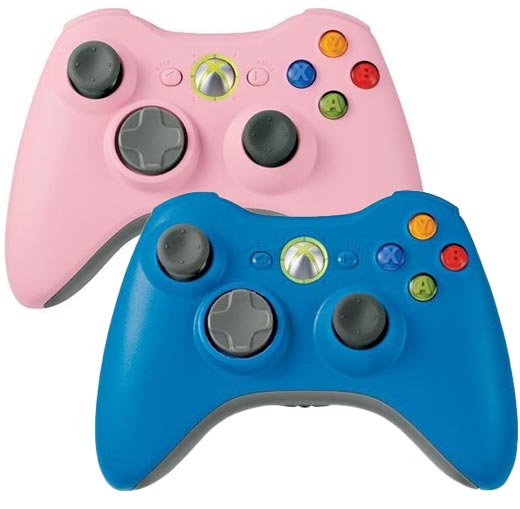 Frankly the pink and grey version reminds me a bit too much of Good and Plenty. But the electric blue one is actually kind of cool looking, and I’d feel right at home playing a marathon session of Halo 3 on it. Other than the case color, both models are identical to the standard Xbox 360 wireless controllers. The new colors are available starting today for $49.99 each over on the Xbox website.