On paper, the idea of a little desktop doggie lamp might be cute, but somewhere along the line it just all went so horribly awry. There’s just absolutely nothing that’s right about this rechargeable LED dog lamp. From its demonic red eyeballs to its disturbing nostril hole charger, it’s just a big bowl of wrong. 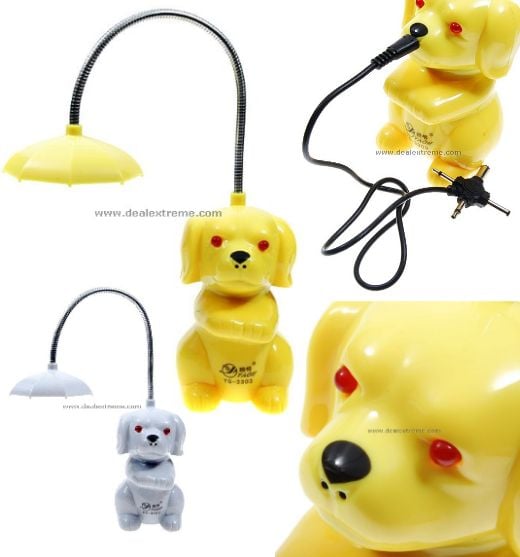 Never mind the bizarre umbrella lighting fixture that’s been implanted into the canine’s brain. And if shoving a charger into the dogs nose holes isn’t bad enough, you can also juice up the battery by plugging his ass into a wall socket. If the ASPCA would start taking complaints about inanimate objects, now would be as good a time as ever.

It’s so awful, I’m tempted to not tell you where you can get one. But you know me. I’m sure there’s somebody on your holiday list who’s deserving of this big old lump of coal in their stocking. You can have the pick of the litter in white or yellow for just about $7 to $8 bucks each.