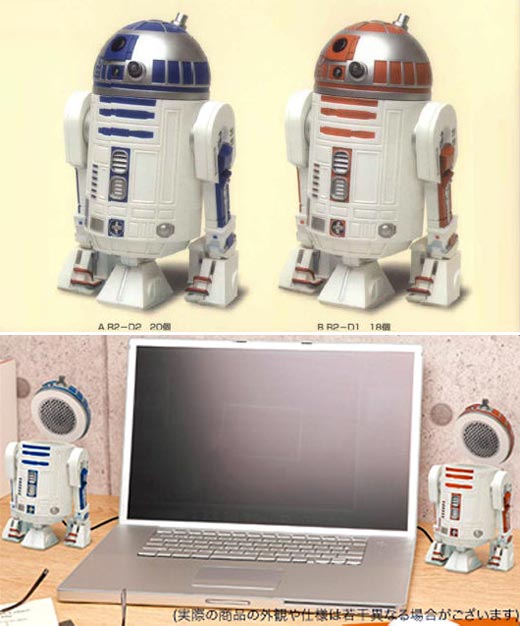 Unlike their movie doppelgangers, each droid’s head flips open like a trashcan to reveal a speaker. The pair includes both R2-D2 (blue) as well as the slightly more obscure R2-D1 (orange). Each speaker measure about 12cm (4.72″) tall, and connects to your computer or MP3 player via a standard 3.5mm stereo plug.

A pair will set you back about $40. They’re available for pre-order from BigBadToyStore and are expected to ship sometime in December 2007.