This amazing tech demo shows off an augmented reality system which can digitally swap out textures on clothing. While it sounds pretty simple, the ability to exactly mimic the behavior and appearance of cloth is extremely difficult to pull off. 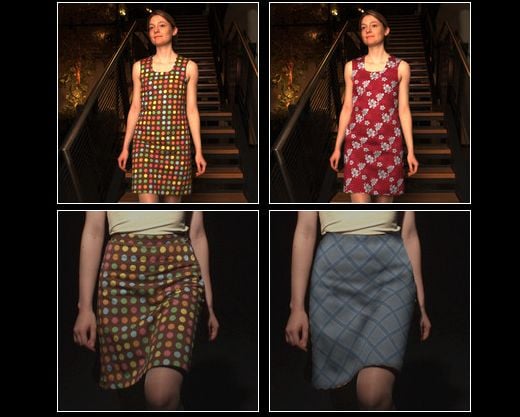 Developed by computer graphics researchers Volker Scholz and Marcus Magnor, the texture replacement technology uses a complex algorithm which encodes the coordinates of textures in a sampled video sequence, then replaces them with a new texture map, complete with shadows and all the fabric folds.

Designed for use in movie and video post-production, it’s only a matter of time before we start to see directors changing out costume designs long after the film is in the can.