I’ve seen plenty of Nintendo NES clone systems in my travels, but this is the first time I’ve seen a mass-produced portable that can play the actual cartridges from the classic 8-bit gaming system. 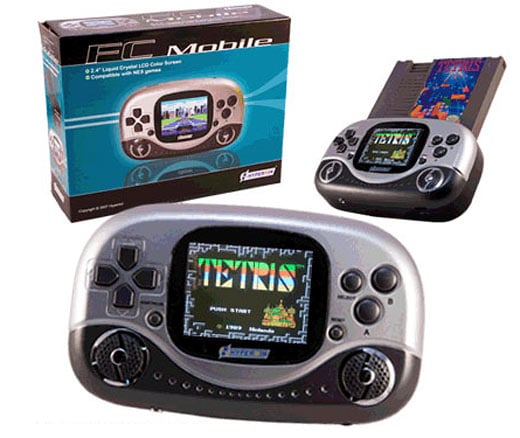 The FC Mobile portable console plays original game carts from the NES wherever you go. The compact console lets you play on either the built-in 2.4-inch LCD screen, or on your television via an included AV cable. The system runs on three AA batteries, and can play audio through its internal stereo speakers, or via a headphone jack.

Despite the Famicom reference in its name (FC Mobile – get it?), from everything I can find out, the console plays North American NES games, not Japanese Famicom cartridges.

Ready to get your retro game on? Two versions of the system (one in black/silver and another in red/white) have recently started to pop up over on eBay for around $40 to $50 bucks (games sold separately).