Portal Technology in the Real World 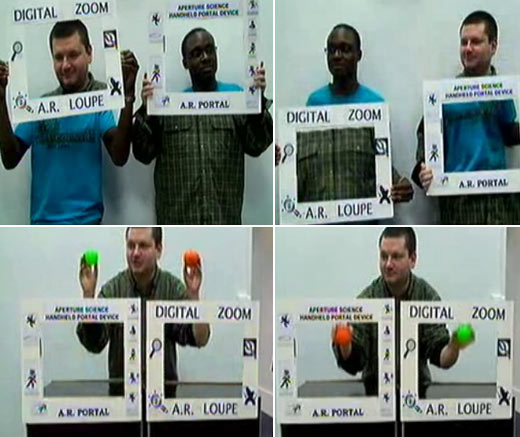 Created by EmmanuelMFr of France’s Total Immersion, the illusions in the video really are reminiscent of those in the game. Using his company’s D’FUSION software, he was able to swap the images on each virtual screen surface in real time, including full 3-dimensional transformations.

I had to watch the video several times before I really understood what was going on, but once you do, you’ll be scratching your head asking how the heck exactly they did that.