Microsoft today confirmed that it is preparing to release a new Xbox 360 model, the Xbox 360 Pro. The console will hit U.S. and Canadian stores in early August, and will be priced at $349. The new model triples the storage from the current Xbox 360 Premium to a much more usable 60GB, offering plenty of space for downloads from the Xbox Live Marketplace. 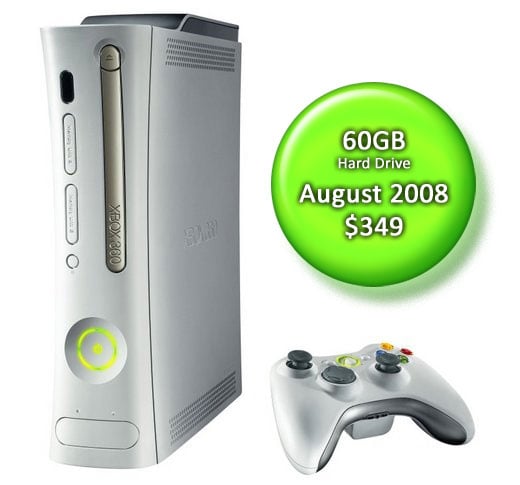 Microsoft says it will discontinue the current 20GB 360 Premium, and has immediately dropped its price to $299 to make way for the new model. The 360 Arcade ($279/no hard drive) and the 360 Elite ($449/120GB hard drive), will continue to be produced, and there’s no word on price drops for those models.

No images of the new model have been revealed yet, but it’s thought that it will retain the familiar white design as the earlier models. (C’mon Redmond, isn’t it time for that svelte Xbox 360 Mini we’ve all been dying for?)