Cam-Baby Robot Cries When It Falls Down – Waaaaaaa!

Remember that time the Honda ASIMO robot took a spill? At least it maintained its composure and dignity after the fall and just laid there. Not so with this new desktop robot. 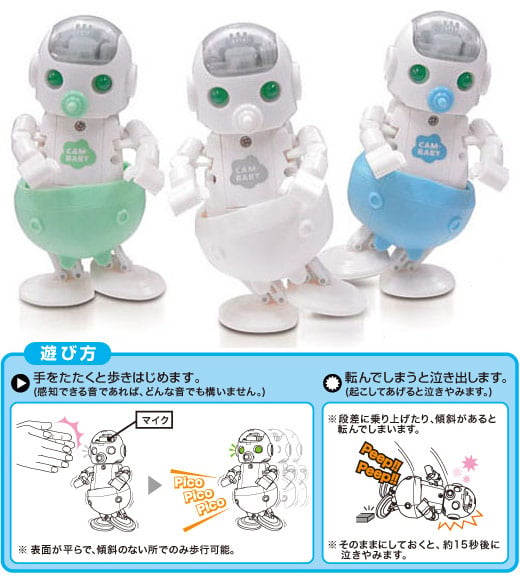 Japan’s CUBE Works decided it would be much more robot-like for their walking ‘bot to bawl its little eyes out if it ever falls over. Just clap your hands and the little Cam-Baby robot will toddle around a bit and blink its light-up LED eyes. But if it happens to trip or get knocked over, it’ll lie there on its side start crying. And it won’t stop complaining until you stand it back up. Great. That’s all I need now. 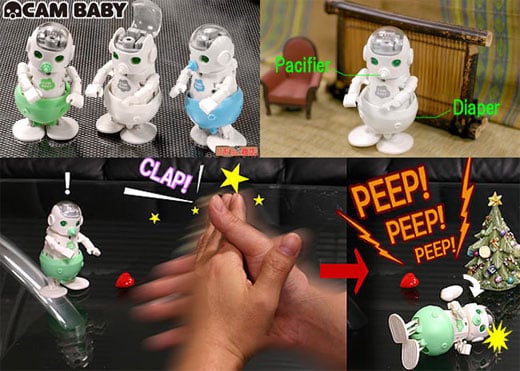 The tot-bot comes complete with a pair of robot diapers and a tiny little pacifier. Thankfully, it doesn’t wet  or poop itself. At least it’s got that going for it.