In a marmalade forest (forest), between the make-believe trees, in a cottage cheese – cottage, lives not Albi but this head – esploding Cake Dragon. I meant Dragon Cake. 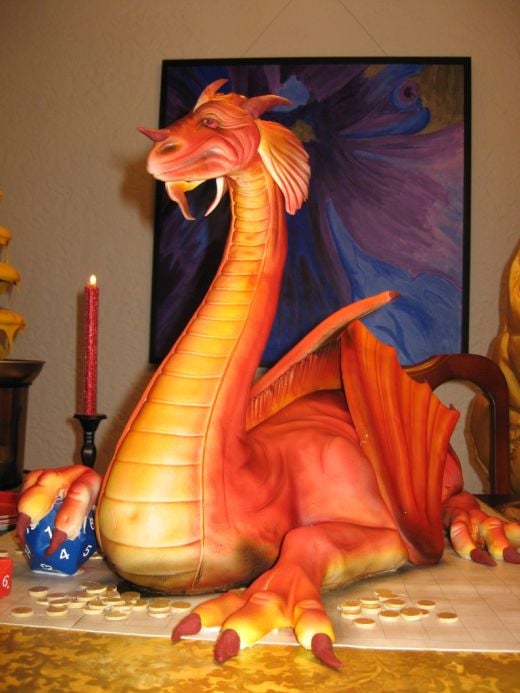 WHAT’S UP. WHAT IS UP. Some guy named John got this as his birthday cake. Fortunately his friend Astro-Lopithecus shot these wonderful pictures before the filthy humans attacked the helpless creature. 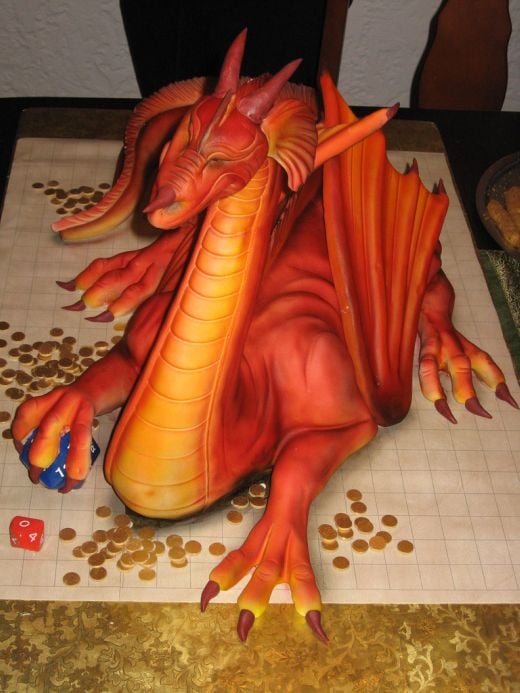 Look at that stupid grin. They probably drugged him to coax him out of his cottage-cheese cottage. Or maybe he paid for his debts with his life, what with his meager treasure. 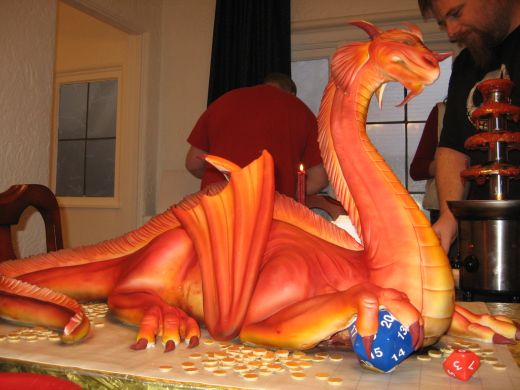 Or maybe he died and was cakefied while protecting his ginormous D20. Astro-Lopithecus also took pics of the aftermath, but I refuse to defile the memory of the Cake Dragon with such barbaric images. A commenter on Astro-Lopithecus’ Flickr account claims that the Dragon Cake was made by Mike’s Amazing Cakes, but that’s nothing more than a rumor. False claims. Tall tales. Mark my words: Cake Dragons exist.