Dream With the Petals in Psn’S Flower in February

Do flowers dream of petals dancing on the wind? According to ThatGameCompany (makers of flOw,  predecessor), they just might, especially if they’re stuck on the dull, lifeless windowsill of an apartment. And here you thought it was just guilt-inducing to bring a pet into your apartment; now the flora is fighting back, too. 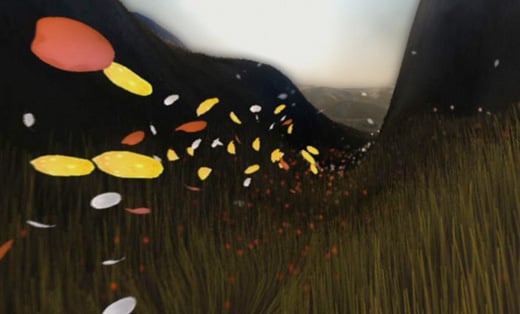 flower (lower case “f” preferred) is game-as-art-project (or perhaps vice versa) in which players guide petals through abstract landscapes. Each “level” is a new dream, with its own rules and objectives, and there’s no handy, helpful guide to explain what those are. In dreams, we drift along, struggling to gain a grip; in flower, we do the same. If that doesn’t sound like much of a game to you, that’s okay. As flower is a PlayStation Network release, the downloadable game will be less than $20, and maybe even less than $10 (though that’s unlikely).

flower has been scheduled for a release in the United States on February 12, though pricing has not yet been determined, and we can expect one more title, at least, from ThatGameCompany on the PlayStation Network.