According to Playpumps International, more than one billion people in the world do not have access to clean water. Water-related diseases are responsible for 80% of sicknesses and are the leading cause of death worldwide. In response to this urgent problem, Playpumps International are helping many communities in Third World countries to have an simple and easy to operate mechanism to obtain drinking water. 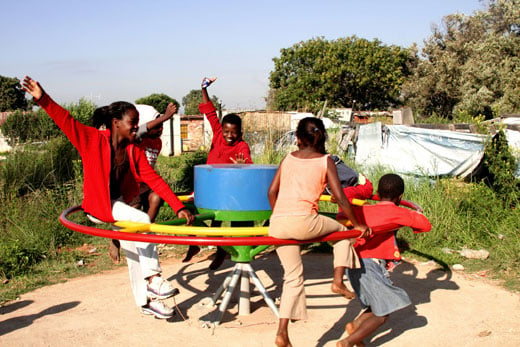 The Playpump, to quote gizmag, is “essentially a windmill on its side, driven by children, not wind.” The Playpump is installed near schools so it also serves as a roundabout that children can play with. It can gather up to 1,400 liters of water per hour at 16 rpm from a depth of 40m, and it’s good for up to 100m. In between the pump and the faucet is a tank, meaning children can play on the pump for a while without wasting water. 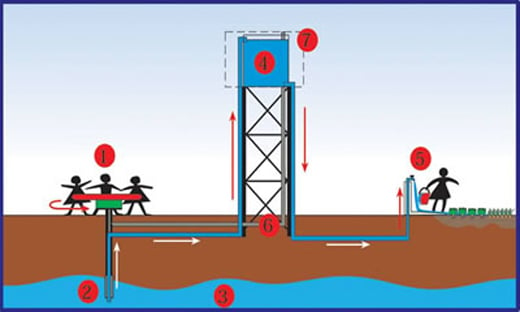 Some of you might be thinking that it’s unfair for the children to work for their community’s supply, but it’s actually not that simple. First of all, without the Playpump, these children would still work to fetch water. Some have to travel quite a distance to get water, and all of their bodies are strained by their heavy load. So spinning on a pump is really nothing compared to the alternative.

Second, some schools don’t even have a playground for these children, so it’s a good way for children to have fun and yet help their families at the same time. And obviously adults can always step in to help with the pumping. 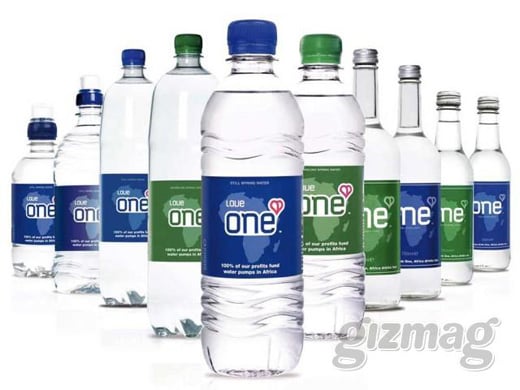 The Playpump is driven by ads that are placed on the water tank. The ads also pay for the maintenance of the pump. But Playpumps International knows that it will take more than the ad-revenue to achieve their dream of bringing clean water to 10 million people by next year, so they’re asking for donations. The bottled water you see above is coming out in the US this spring; 100% of the Love One water’s proceeds will be used to fund Playpumps. 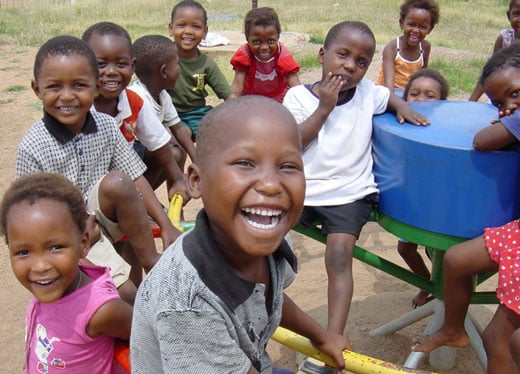 Spread the word or donate if you can.