When the game starts, a series of numbers flash on the screen for maybe half a second. Circles will then pop up in place of these numbers. The goal is to click the circles based on the value of the numbers that they replaced, lowest to highest. 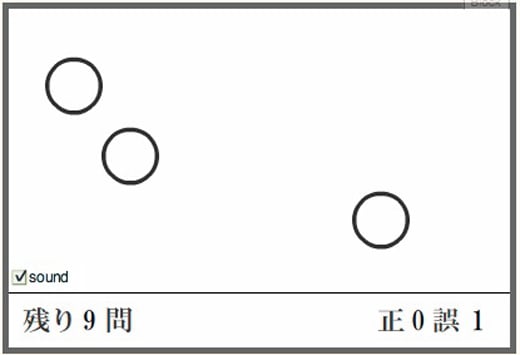 In this case you should click the lower right circle first, then the one on the upper left, then the one in the middle. If you get it right the countdown restarts and more numbers flash on the screen. I only got up to 7 numbers on my first try. 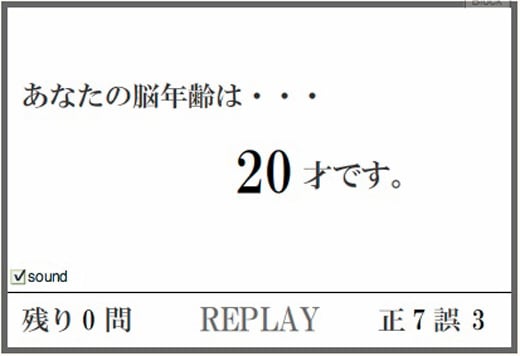 After 10 flashing and clicking iterations of foolishness, the game will then tell you it’s estimation of your brain’s age. The image above shows you my brain’s score for the first run. I think. Because if that’s my IQ, then, you know, the game’s wrong. Really. I r ashemd now.