Finally: A Ninja Turtle-friendly mouse. How could all of you mouse-manufacturers ignore this demographic? Is it because there are only 4 of them? Well if you gave them usable mice earlier then they would have found dates online, don’t you think? You disgust me. All of you except for Elecom, who are going to release what they claim is the world’s most precise mouse, as accurate as writing with a pen on paper. And it’s TMNT-friendly. 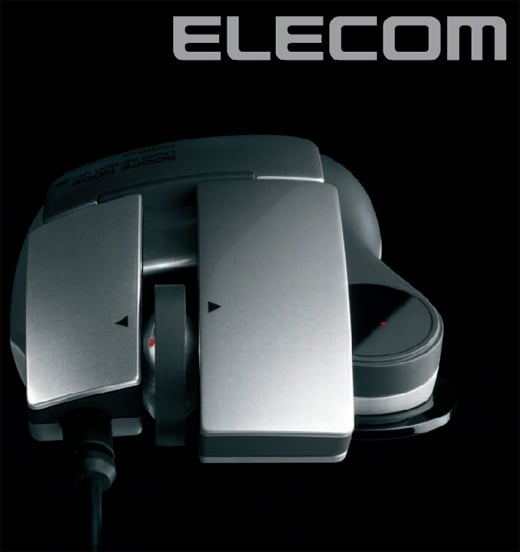 See where Donatello would place each of his fat turtle fingers? That’s customer satisfaction right there. Elecom’s not just keen on winning Cowabungas of approval though; for us ordinary humans the Scope Node is a precision mouse. 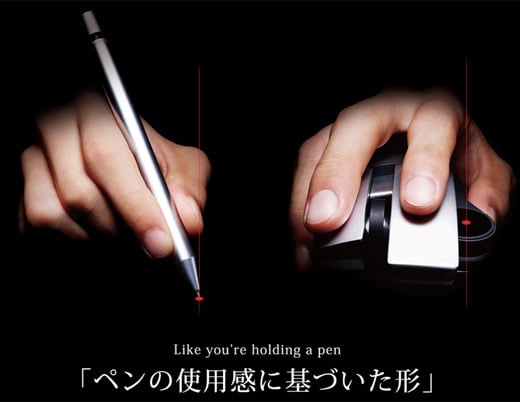 Although it only has a 1600 dpi rating – Logitech’s G9x can be adjusted to as high as 5000 dpi – Elecom says that their new Scope Node  is the world’s most precise mouse because of where they placed the sensor, which is “where a pen point might be located once placed in the user’s hand.” That statement confuses me, because I would think that the pen point would be in the user’s hand, so let’s just have a look at the bottom of the Scope Node: 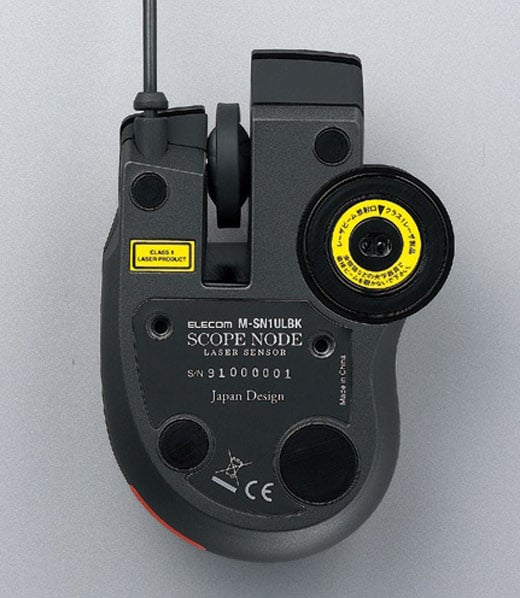 There we go. Now it makes sense. As with most available mice, the Scope Node will connect via USB and will be compatible with major operating systems. 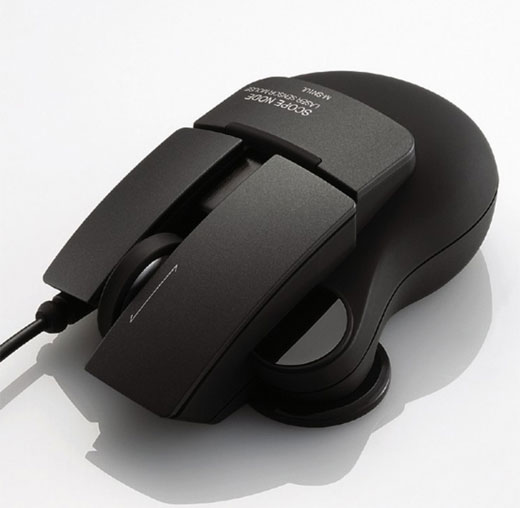 Softpedia says that the Scope Node sells for ¥6,300 ($64 USD). Not bad for the world’s most precise and the only TMNT-friendly mouse. Radical!