Brown Energy: Buses in Oslo to be Fueled by Methane Fermented From Human Waste

Did you know that a year’s worth of human excrement is equivalent to 2.1 gallons of diesel? Well it is. So says Ole Jakob Johansen, an officer at Oslo, Norway’s city hall. And Johansen isn’t just spouting random, disgusting trivia: in 2010 Norway’s capital will start rolling out buses fueled with methane, which in turn will be extracted from sewage. Obviously 2.1 gallons of diesel a year is an insignificant amount, but if you consider the fact that there are hundreds of thousands of people pooping in big cities everyday, you will most likely vomit a little in your mouth. And then you’ll start to see that the Norwegians are on to something here. 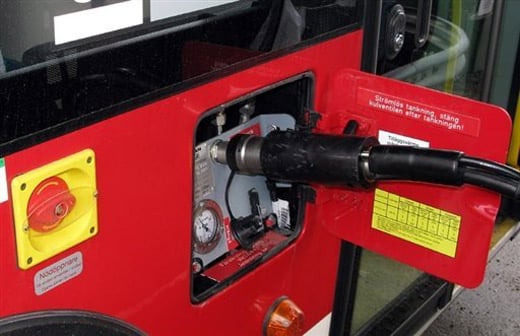 For example, Johansen explains, if we multiplied the 2.1 gallons of fuel by 250,000 people, then the resulting amount would be “enough to operate 80 buses for 100,000 kilometres (62,000 miles) each.” The Agence France Presse article that talked about Oslo’s plan also adds: “In addition to being carbon neutral, it (biomethane) emits 78 percent less nitrogen oxide and 98 percent fewer fine particles — two causes of respiratory illnesses — and is 92 percent less noisy.” Producing biomethane from sewage is also cheaper than buying plain old diesel. But the project isn’t perfect: Anne-Merete Andersen of Ruter, the operator of Oslo’s public transport system, says that all in all the project will be 15% more expensive because of the cost of the new buses and their maintenance. Personally I think it’s worth it in the long run; having readily available biomethane will lessen Oslo’s dependency on fossil fuels and will lead to decreased pollution.

Will other cities emulate Oslo’s plans? Will pooping become a civic duty in the future? Is it appropriate to call poop power “clean energy”? Food for thought. Not really.