No, I’m not going to talk about sizable fans for your butt. Although I’d like to see what an ass fan would look like, what I’ll be sharing with you today are fans that are just plain huge. Just big ass fans, called Big Ass Fans, from the company Big Ass Fans. 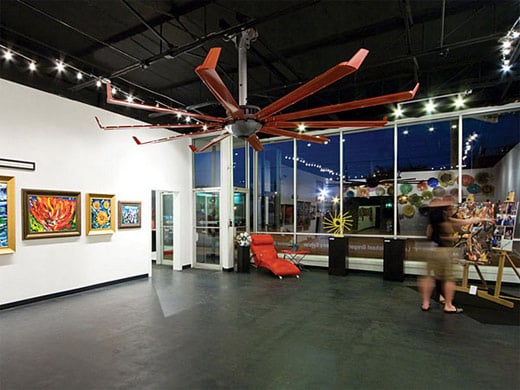 While your run of the mill fan has a diameter no bigger than 5 ft., Big Ass Fans are at least 6 ft and top out at a huge ass 24 ft. in diameter. Big Ass Fans rotate slower than ordinary fans, so they use less energy, but at the same time they produce up to 25 times more airflow compared to conventional models. Big Ass Fans are so effective, they can even ” make the surrounding area feel between 8 – 16ºF cooler.” 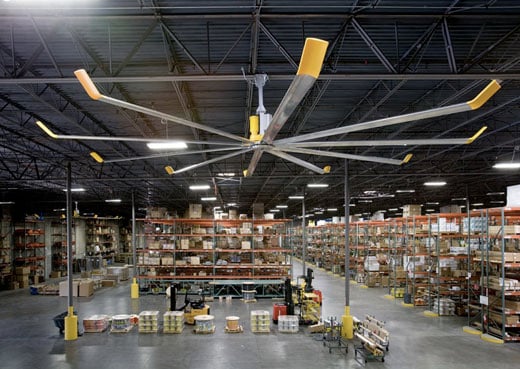 The innards of Big Ass Fans are as revolutionary as their size. See, typical fans are turned by gears, which results in the sometimes annoying buzzing sound. Big Ass Fans on the other hand are operated by a series of magnetic pads. Not only does that make the fans run silently, it also makes Big Ass Fans more efficient because of the “friction-free rotation.” 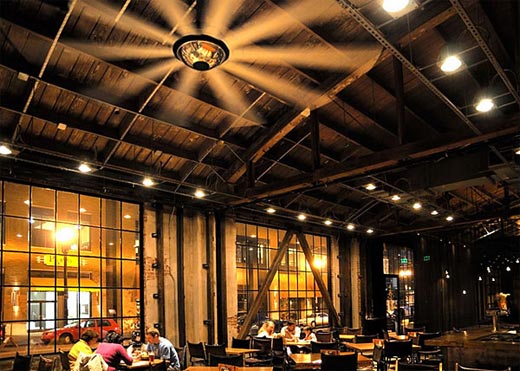 Big Ass Fans come in 5 models: the small and minimalist Isis, the mobile vertical floor fan Airgo, the position-adjustable Pivot, the stylish Element (Flaming Lips’ frontman Wayne Coyne has one in his house), and the strongest Big Ass Fan, the high-performance Powerfoil X.