Monster hasn’t had a great year, what with their fake performance tests and their un-endorsements. But that doesn’t mean that the company is 100% crap. Take their Outlets To Go power strip with USB port for example. It’s a well-thought out product that’s geared primarily for travelers – packing 3 outlets in a slim and light form – but it’s USB charging port makes it a very handy gadget for almost anyone who owns gadgets. 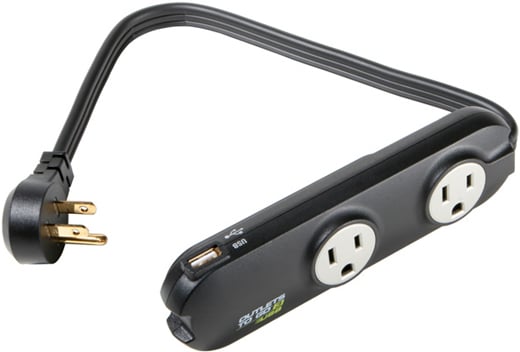 The outlets are widely spaced so that even the bulkiest of adapters won’t block the other outlets (the 3rd outlet is on the other side. I think.), and it plugs it into itself when not in use, eliminating cable clutter. Measuring only  1.8″ x 2.25″ x 4.75″ and weighing a scant 6 oz., it’s a nice accessory for the traveling techie. You can buy the Outlets To Go power strip with USB port at Radio Shack for only $25 USD.