The quest to keep people indoors and separated from each other continues with the mydeskfriend robot toy penguin. The web-connected mydeskfriend will be able to connect to your Facebook account and read your messages and your feeds, in a robotic voice I assume. Your friends will also be able to interact with it via Facebook, thereby avoiding interacting with you. So it’s a friend middleman. I see. 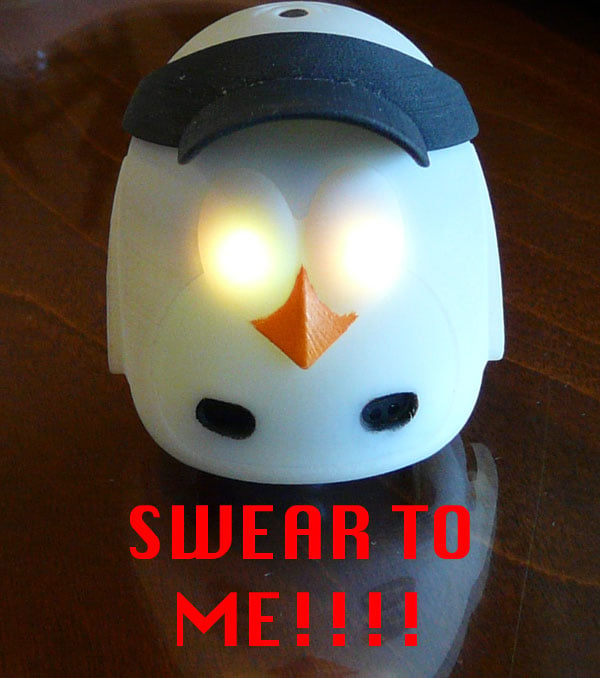 Believe it or not, the robot in the picture is supposed to be “happy”: its eyes change colors to convey its mood, for example yellow to convey happiness and red when its in T-800 mode a bad mood. It can also do other robot stuff, like move around and follow your finger. 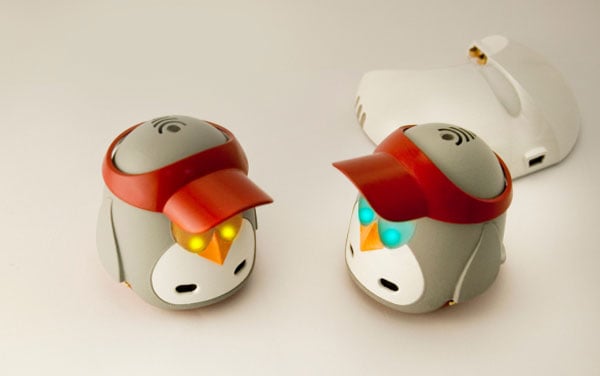 It has 5 infrared sensors that prevent it from careening off the precipice that is the computer desk, which has supposedly become the favorite hangout of an increasing number of humans, all of them hungry for interaction and companionship, not realizing that its because they stay in front of their damn computers for so long that they lack company. Stupid humans. 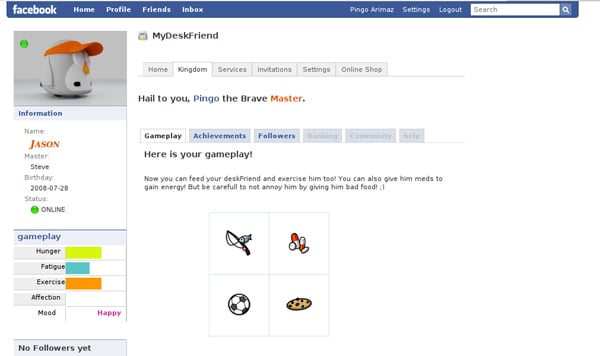 The mydeskfriend has certain “needs”, like food, exercise and “meds”, and you and your friends can attend to it via Facebook. The robot also responds to touch, like poking or shaking, as well as voice commands. Its software will supposedly allow its “personality” to evolve over time.

Arimaz, the company behind mydeskfriend, is entertaining the possibility of licensing the technology behind the toy so that there’ll be more robots for everyone. I’m not sure I like the sound of that. mydeskfriend will be available in September for $99 (USD).