PC World recently featured 12 geeky tattoos (the article calls them “tech tattoos”, but there are video game related ones as well) , but I think most of them can simply be called “dumb ideas.” Let’s have a look at some of the featured mistakes tattoos: 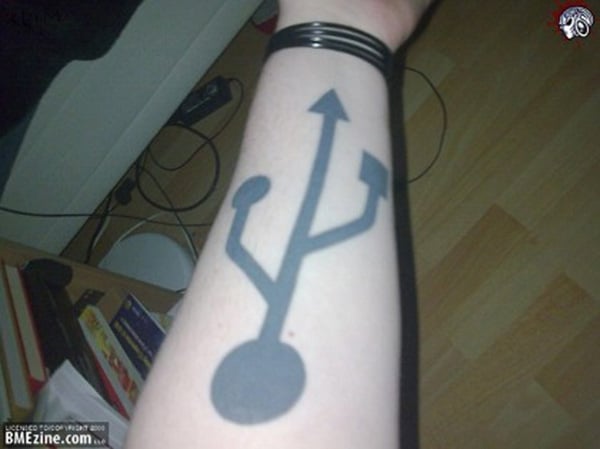 I’m not too disgusted with that USB tattoo, because well, it’s simply lame. I think if it was just a tiny mark I can let it slide, but the ginormity of the thing just kills it. Now this wall outlet tattoo is pure genius. Now the guy won’t have to worry about powering any gadget he may have tattooed on him. All he needs is a tattoo power cord and he’s good to go.

I saved the best – meaning the worst – for last: some guy tattooed the text that’s displayed on Microsoft’s infamous Blue Screen of Death. What do you think his point is? That his arm crashed and needs to be reset? 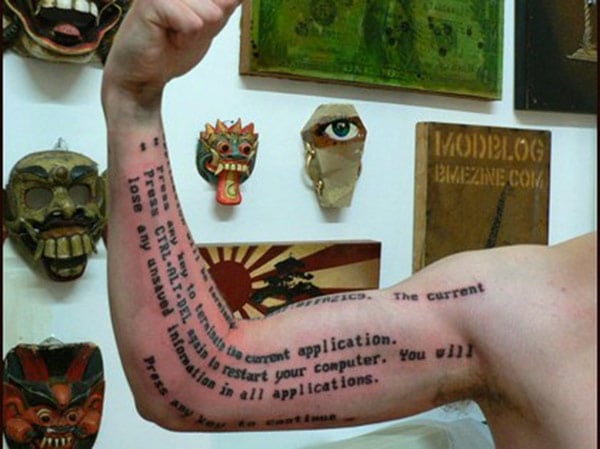 Maybe now he wishes he could reset the night. Or maybe he’s already gone ahead and had his arm tattooed blue to complete the picture. Check out the rest of the worst at PC World. To restore your faith in geeky tattoos, let me also point you to some video game-related tattoos that were posted on Kotaku. I especially like Mike Fahey’s Final Fantasy Wizard tattoo.