The somewhat-maligned Left 4 Dead sequel is scheduled for this November, just under a year after the original, but now grumblers have something cheaper (or, if you’re on PC, free!) to look forward to: a Crash Course in kicking zombies in the face. Or, uh, shooting them there. Whatever. 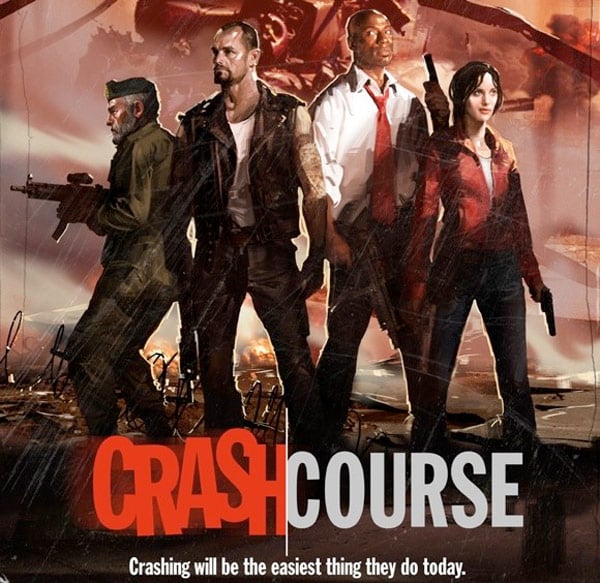 Crash Course may not be free for Xbox 360 players, but for only 560 Microsoft points ($7 in real money), you get an entire campaign as well as some other goodies. The new campaign, postered above, “bridges the gap” between the first campaign, No Mercy, and the original second, Death Toll. Considering the title, I’m guessing that No Mercy’s escape helicopter may not have been long for that zombie-riddled world.

The pack also includes a shorter and sweeter version of Versus mode that can be completed in only half an hour. I love Left 4 Dead like ice cream, but completing a campaign does take a significant chunk of time, so this is definitely good news.