But Your Zombies Are in Another Castle [Left 4 Dead Mod]

You know what goes really well with Left 4 Dead? The Mushroom Kingdom. It’s genius! How did it take so long? 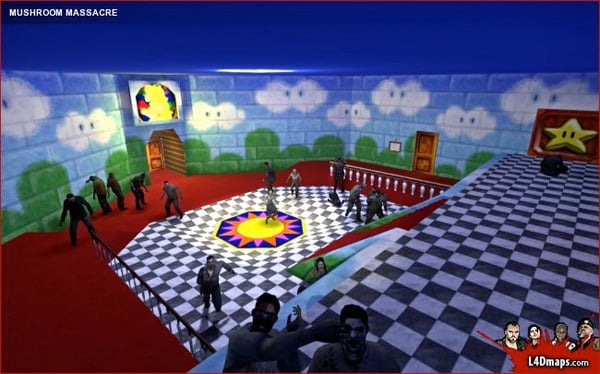 Bright colors, blocky environments, and hordes of raging infected running around among the zombie-like goombas. This custom set of Left 4 Dead maps is based on the familiar scenes from the pantheon of Mario-associated games (and levels), but unfortunately, the only screenshot that shows a lot of zombies is the one above. I want to see zombies boiling out of a castle.

Recently, Valve has been talking about bringing user-generated content for Left 4 Dead to the Xbox 360, but of course, anything that steps on copyright won’t be allowed, so no Mushroom Massacre for those of us who are restricted to the console. Ah, tragedy.