I know that Halloween’s still more than a month away, but after seeing the awesomely cute Barf Vader, I decided to do a thorough research on – okay I hit Amazon. and Etsy. More on that later; let’s just say that most of the costumes will make your spawn ten times more adorable, while some will probably cause your child to hate you when he or she grows up and sees your old Halloween pictures. In honor of Barf Vader, let’s start with the Darth Vader costume, which sells for $20 to $33 (USD) (price depends on size). 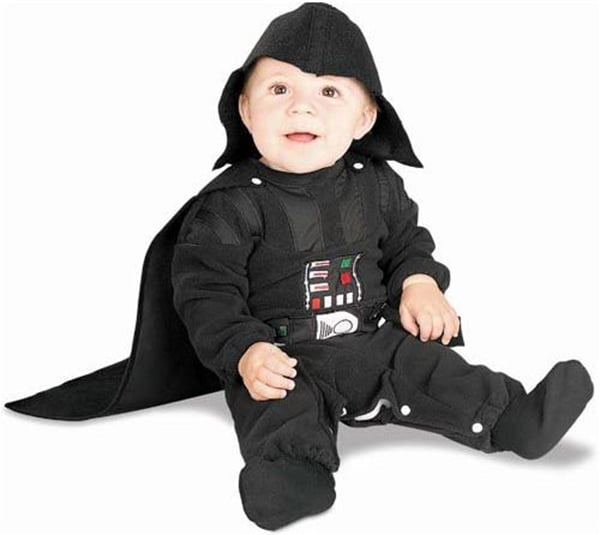 If little Anakin was wearing that when Qui-Gon Jinn met him, I’m sure the Jedi Master would’ve iced the Naboo slave on the spot. Or not. The costume is cute after all. But what if your kid is a little older, and really wants a taste of the Dark Side? Etsy seller katesy has got just the thing. Give her your child’s measurements (your child’s sir, not yours) and $200, and she’ll whip up this…this…thing. 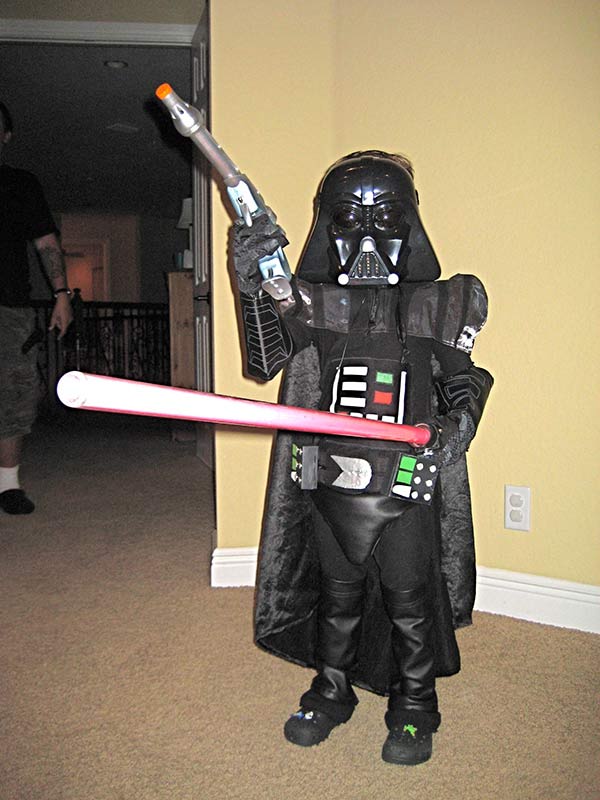 The picture reminds me of this joke I read somewhere: dad buys his son a Darth Vader mask, son wears it and goes, “Daddy, I am your father.” Anyway. We have to call on Yoda to defeat this Crocs-wearing Sith Lord! 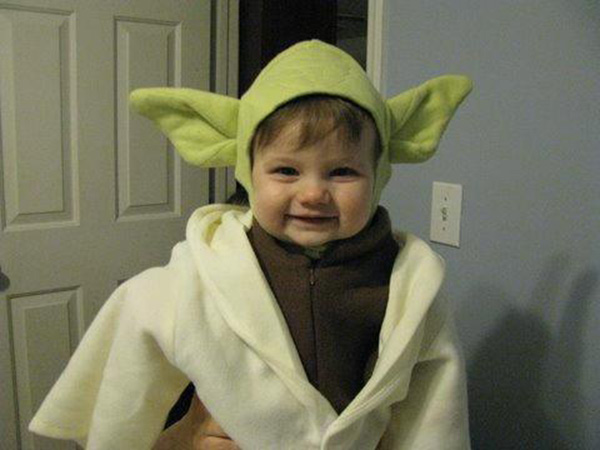 FORCE SMILE! It works all the time. The Yoda costume is also available at Amazon

for $22. But what about your little girl? Dress her up in this Princess Leia Costume 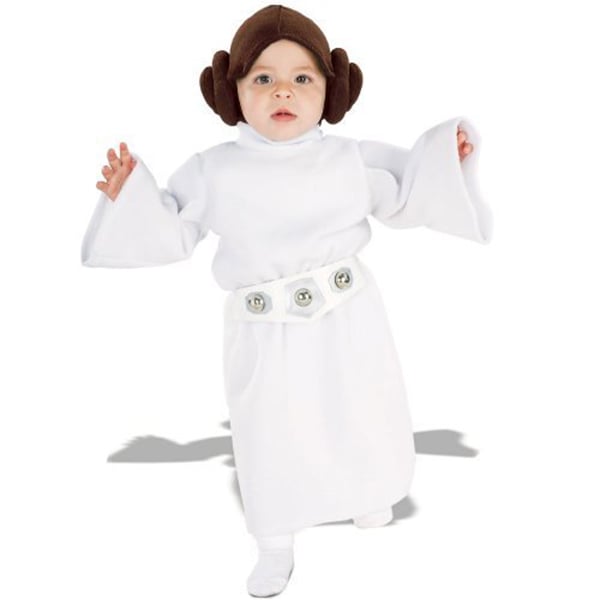 If on the other hand you think your kid will grow up to be a robot enthusiast, you might want to get the $20 R2-D2 Costume

. Actually don’t. I only included it here for the sake of completion; I’m sure you can come up with something better than this. 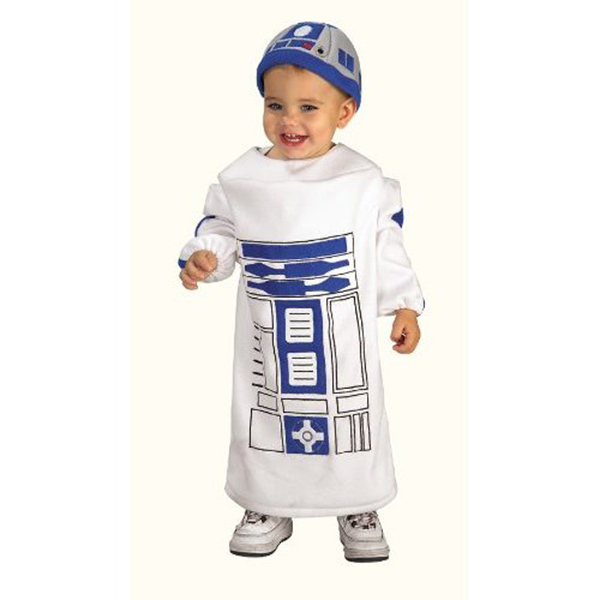 What about for parents who hate their kids? I’ve got something for you as well: for only $20 to $37, the Chewbacca costume

will ensure that your kid will have no treats – or friends – come Halloween. Your kid will look like Ultimate Warrior dunked in poo. 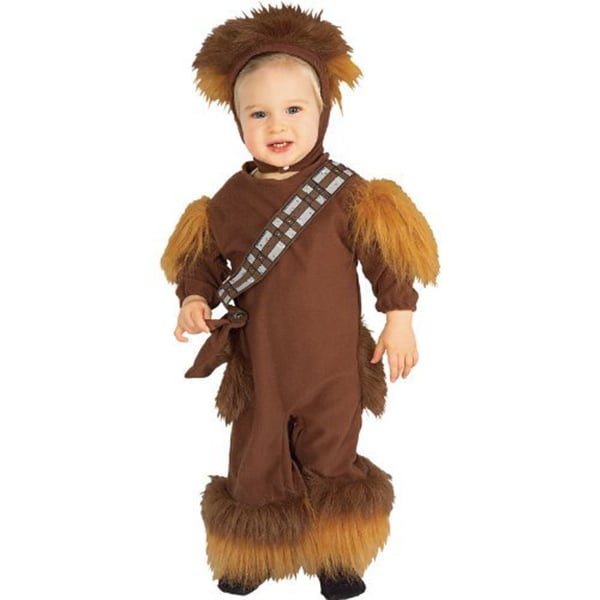 What if you want to eat your kid? Two words: Pizza Baby 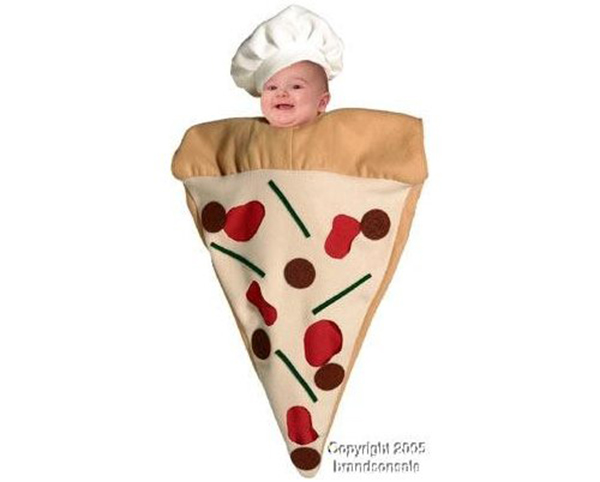 I’m not really that big of a Star Wars fan though, so I don’t which Episode Pizza Baby appeared. Was Pizza Baby in the Cantina scene?