Bandai Phone Braver 7 is a Phone With Attitude (and Limbs) 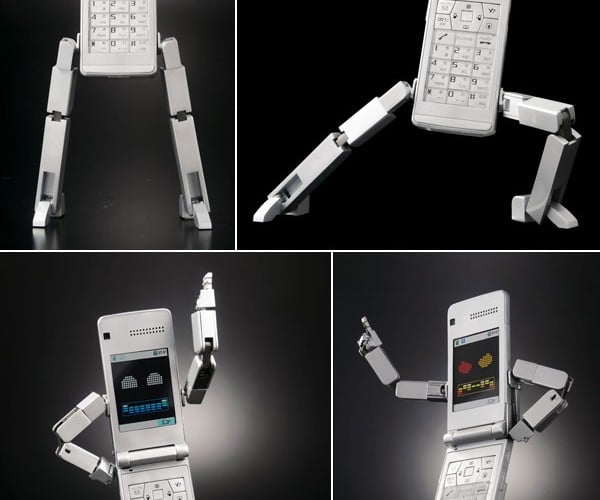 I’m not sure if you can actually make phone calls with the Bandai Phone Braver 7, but I don’t mind. I mean really, it’s a cell phone with bendable arms and legs, so what’s not to like?
Share
Check It Out 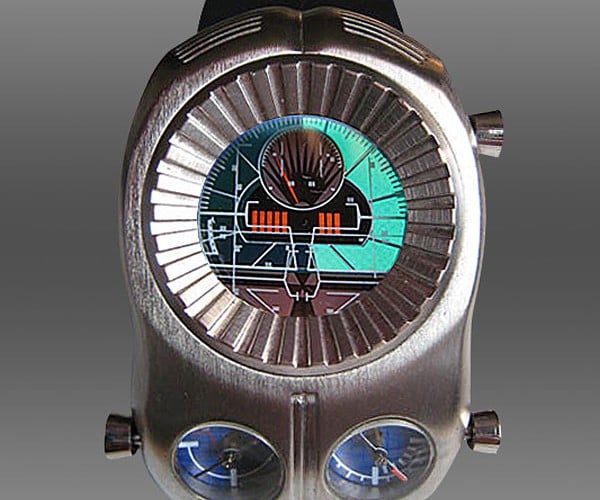 Leiji Matsumoto is known in many circles as one of the founding fathers of anime and manga, creating science fiction classics like Space Battleship Yamoto and Galaxy Express 999. Now his unique futuristic style has found a home in an unlikely host – this dramatic watch.
Share
Check It Out

Aldaraan Like You’Ve Never Seen It Before [Star Wars Mmo] 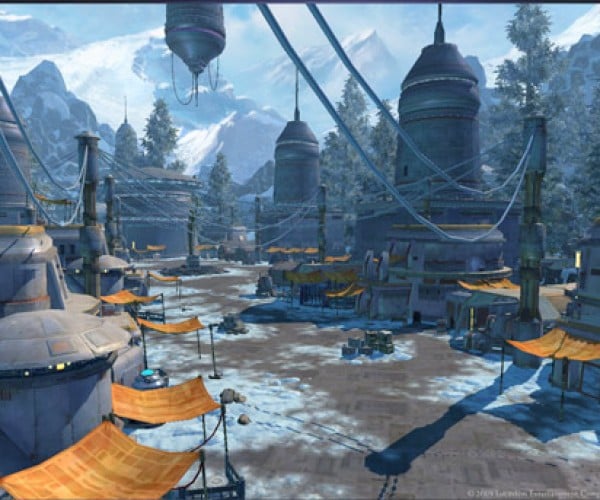 For most of us, Alderaan is just that place that is so tragically destroyed in the first Star Wars movie–you know, the one that inspires ol’ Ben Kenobi to start talking about those millions of voices what were suddenly silenced.
Share
Check It Out 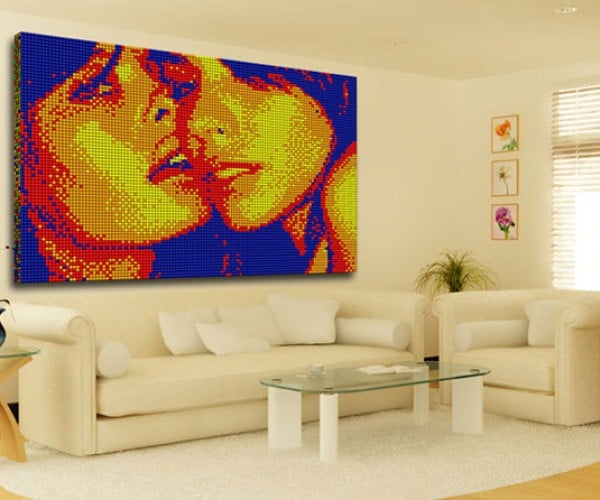 Before I go on, let’s get it out of the way. Yes, Rubik’s Cube art is nothing new, and in all likelihood Nick Hall and the rest of the Cube Works team are following on the footsteps of earlier Rubik’s Cubists.
Share
Check It Out

Mario Through Time, in Convenient (and Sorta Ironic) Clock Form 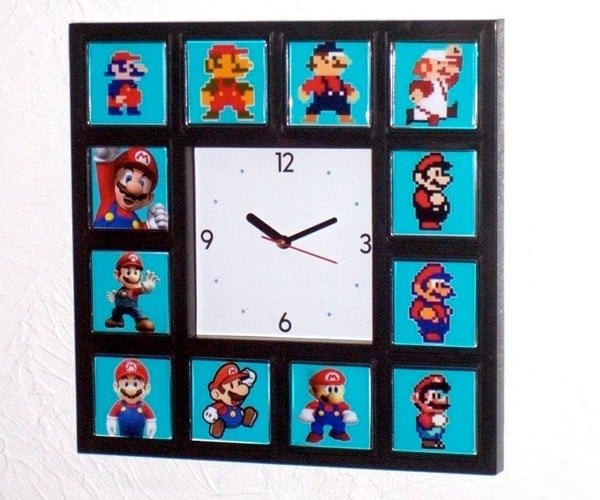 So many Marios, and so little time… or all the time in the world. Really, it’s a kind of point-of-view issue here. Are you a half-full kinda person? Then you’re looking at all the Marios and all the time.
Share
Check It Out 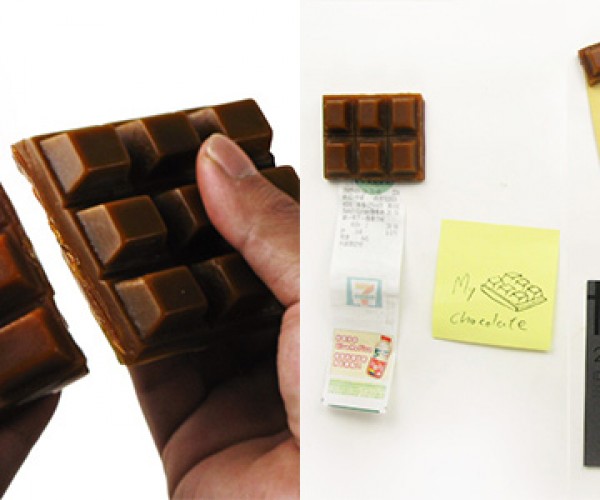 The cleverly designed Chocolate Sweet Magnet lets you break the whole bar into smaller pieces, so you can share it as you would a real chocolate bar. Just let the kids know that it’s made of wax and metal and not cocoa and milk.
Share
Check It Out 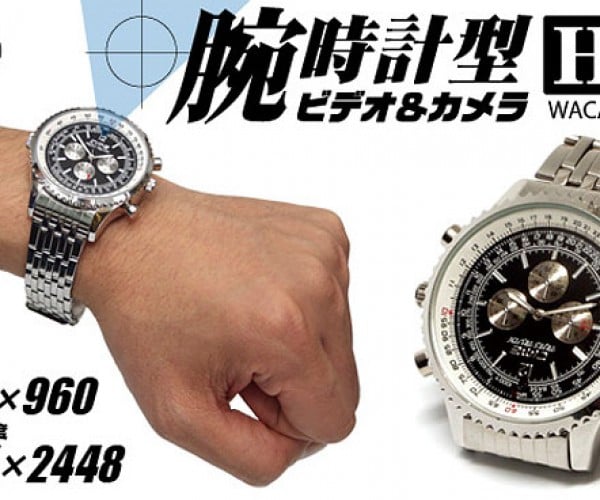 While a number of wristwatches have been released with tiny video cameras in them, this is the first one I’ve heard of that’s supposed to capture high-definition footage. And I emphasize – supposed to. JTT’s WACAHD8GB wristwatch looks like an ordinary analog sports watch, but hiding beneath its inconspicuous cover is a digital camera, spec’d to shoot 1280 x 960 resolution at 30fps, somewhere between 720p and 1080i resolution.
Share
Check It Out 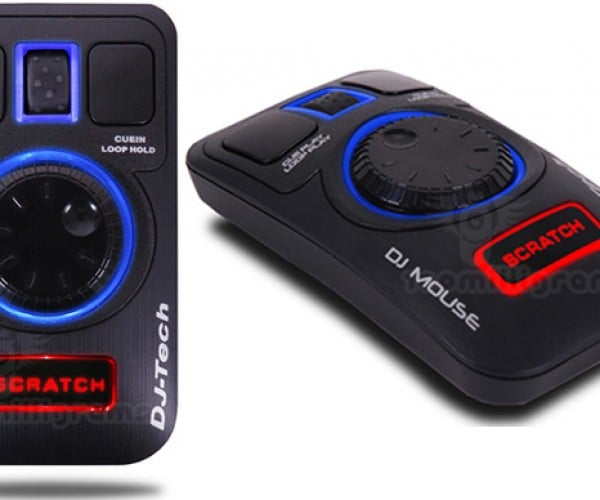 The DJ Mouse is a nice gadget for budding DJs to mess with. The left- and right-click buttons double as loop play/hold controls, while the scroll wheel fast forwards or rewinds. The built-in jog dial takes care of the wiki-wiki.
Share
Check It Out 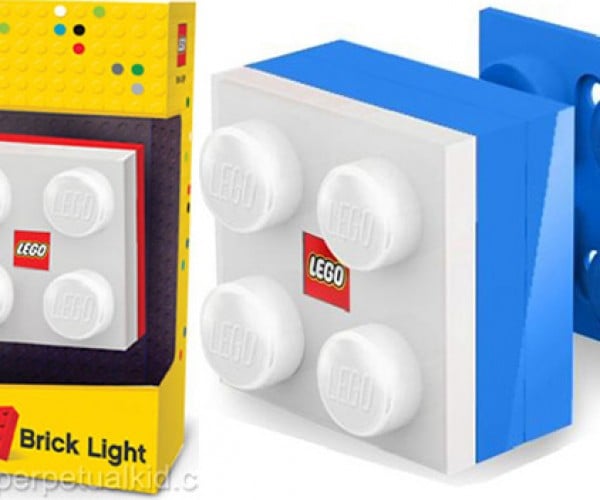 When I first saw the Lego Brick Light I thought it was an awesome way of adding working headlamps to Lego vehicles. Although Red Save didn’t post the measurements of the lamp, it did say that the lamp runs on three AAA batteries.
Share
Check It Out 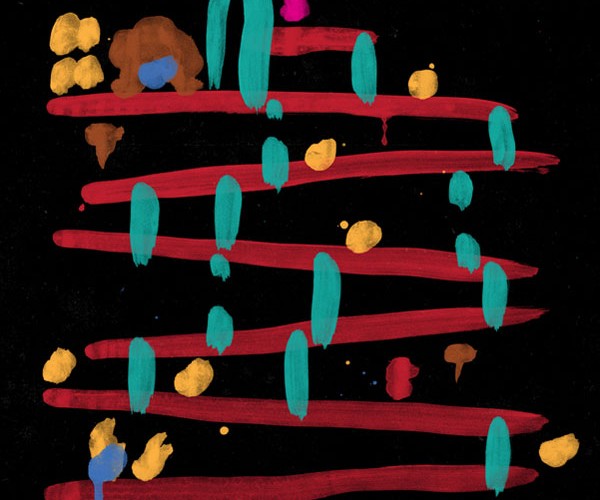 These simple expressionist works by artist/illustrator Brock Davis (aka “Laser Bread”) are my new favorite video game paintings. And they don’t even have any pixels in them!
Share
Check It Out 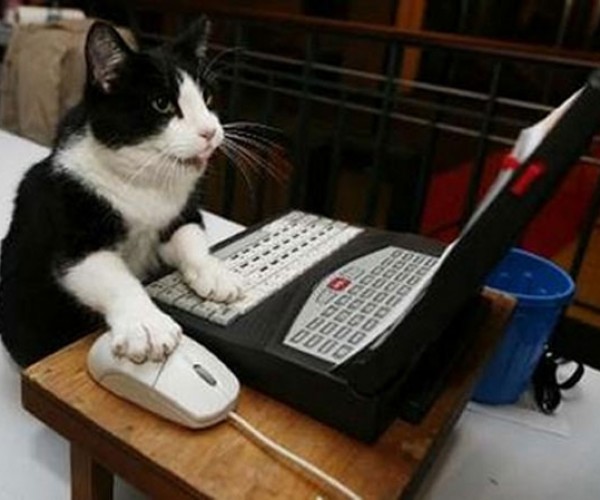 Every now and then, we here at Technabob decide to expand our horizons and add another brilliant mind to our humble writing crew. That time is once again upon us. This time, we’re looking for something very specific – someone who knows, loves and lives electronic gadgets.
Share
Check It Out 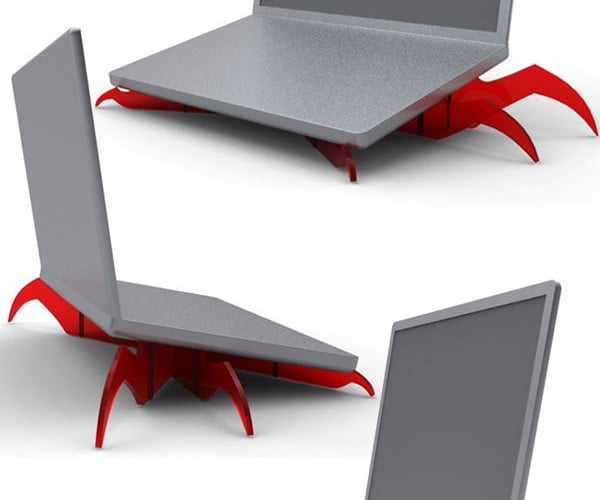 For some reason, this whimsical acrylic laptop stand reminds me of those pesky headcrabs from Half-Life 2. The unusual laptop stand helps keeps your laptop or notebook computer cool and encourages better workplace ergonomics. All while looking like a 6-legged crab.
Share
Check It Out 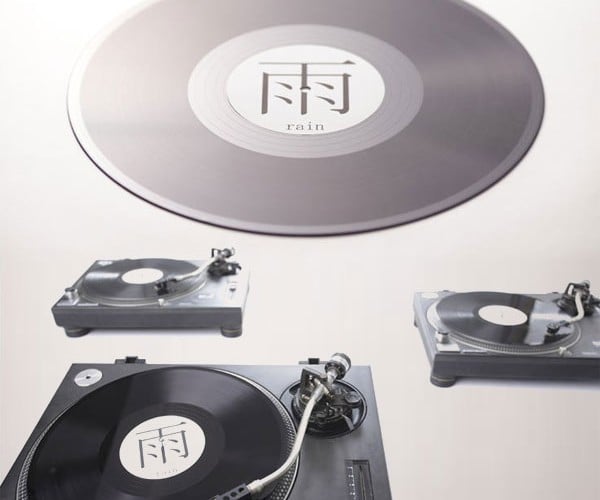 When I think of how I might get a record to play continuously, I think back to my childhood and all those stupid square cut-out records you got inside MAD Magazine or on the back of a box of Super Sugar Crisp and had to tape a penny to in order to keep them from skipping.
Share
Check It Out 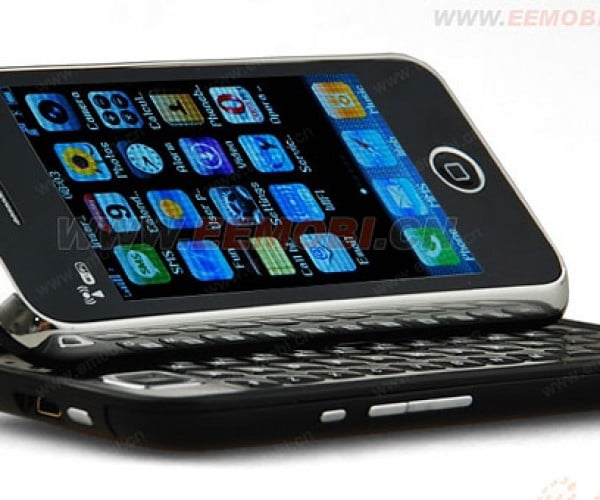 It’s not like there aren’t already tons of cheap Chinese iPhone clones out there, but this is definitely the first one I’ve seen with a full keyboard. The badly named “COOLi902” looks just like a fat iPhone when closed, but the back slides open to reveal a full QWERTY keyboard.
Share
Check It Out 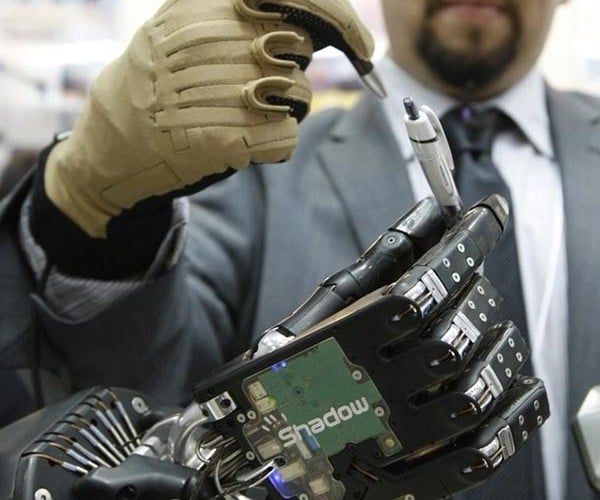 UK-based Shadow Robot recently showed off their Shadow Dextrous Robot Hand at the International Robot Exhibition in Tokyo Japan. The hand “provides 24 movements, allowing a direct mapping from a human to a robot.” This means that the robot can be as precise or as delicate as a human hand: it can insert thread into a needle’s eye, or pick up eggs or strawberries without crushing them.
Share
Check It Out 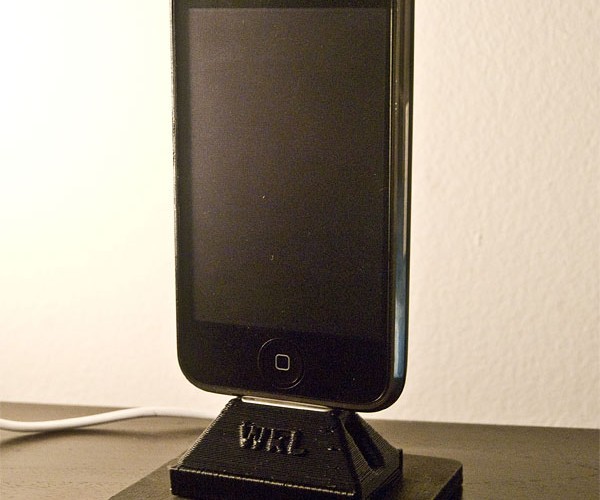 Sure, there are thousands of iPod docks out there, but how many of them were printed out on somebody’s desktop? Not many, I bet. This unusual dock was rendered using a MakerBot desktop 3D printer. Will Langford from BotMade used his desktop MakerBot CNC to create this iPod/iPhone charging dock.
Share
Check It Out
Next »
1234567891011Next ›