Cigarette Pack Mobile Phone: Smoke ‘Em if You Got ‘Em

While most of us are off enjoying our shiny new iPhones and Droids, those of you who prefer your phones ugly, bulky, and loaded with nicotine might want to check this out. 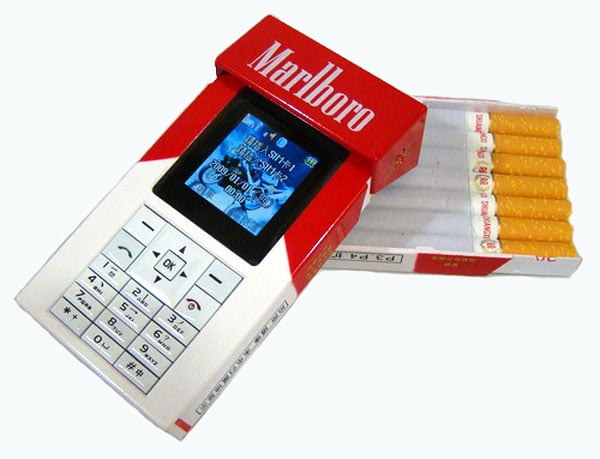 Now why you’d want a cell phone that looks like a pack of cigarettes is anyone’s guess. All I can assume is that if there’s a strange gadget that’s yet be made in China, they’ll make it. These particular phones are dead ringers packs of Marlboros, complete with flip-top box and storage for actual cigarettes. The Marlboro 508 phone is pretty standard low-end cell phone fare, featuring a dual-band GSM phone (works everywhere but the U.S.), a 1.6-inch screen, and MP3/MP4 player, bluetooth and an FM radio. One interesting feature is a 1.3-megapixel camera that’s hidden in the side of the cigarette pack for your spy shots. 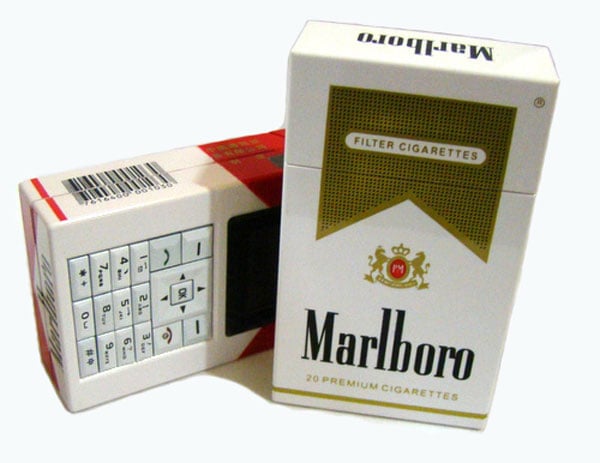 If you’re a smoker, or just want to look like one for some reason, you can grab a Marlboro phone over at ChinaGrabber for $144.99 (USD) a pack. Isn’t that about what a carton of cigarettes sells for these days anyhow?