Think Gay Wilkinson’s anvil launching antics were crazy? 3 months ago, Bob Moravitz and his family and friends went beyond launching a small piece of metal – they launched cars. And a pickup. and a camper with a boat in tow. And two school buses. KARE 11’s Joe Fryer calls it “Crash for Clunkers”. 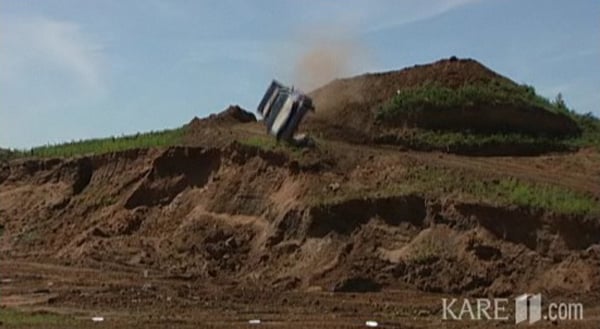 They say that necessity is the mother of invention. I’d like to add that boredom is its father. And for people whose needs are mostly being taken care of, daddy reigns supreme: “The idea was inspired last year by boredom and a strong desire to drive something off of a cliff. So Bob’s son Rick and his buddy Jake figured out a way to turn big cars into remote-controlled toys.” 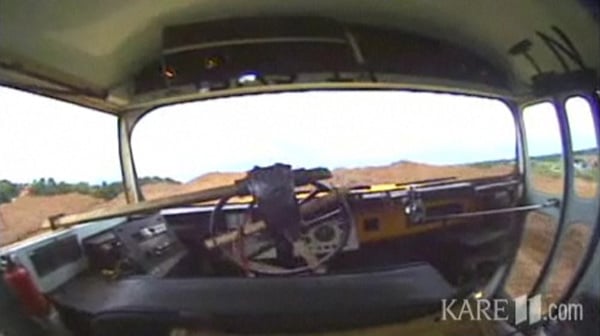 Rick and Jake rigged the vehicles so they could remote control the steering and the throttle. Brakes? What brakes?

The insane…ly fun event lasted for 8 hours. Moravitz didn’t charge spectators for their show, but he says they got enough donations to cover the insurance that he bought for the event. Redneck geeks sure are crazy.