I-Sobot: the Rambo of Toy Robots

A while back we featured a video of the versatile Tomy i-SOBOT shooting at a bunch of rectangular sponges with a bow and arrow. It turns out that the hurting didn’t stop there, as YouTube user paxshikai eventually came up with an armory’s worth of custom weapons for his/her robot, including a gatling gun. 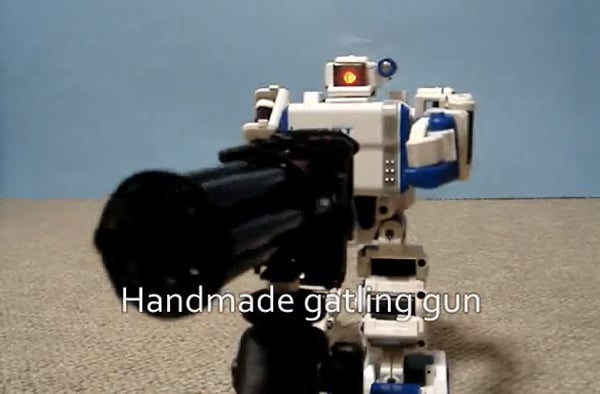 You’ll never guess what its last weapon is. Brace yourself for 5 minutes and 11 seconds of increasingly absurd weaponry and dinosaur slaughter:

The music was so bad but somehow it made the video much more awesome. And now I can’t get the stupid guitars out of my head. You can still find the Tomy i-SOBOT at Amazon for $250 (USD), which incidentally is $50 more than its price when we featured it almost 2 years ago. Weapons not included.