Are you a neat freak? Then I’m sure you like to keep your unused cables systematically stored. You could use a rubber band, or zip ties, but the quirky community thinks they have a better solution. An uglier one, but overall better. I think. They’ve put their brain tanks together and come up with Cable Caps, stretchable bands with heads that serve as covers for the end of a standard USB cable. 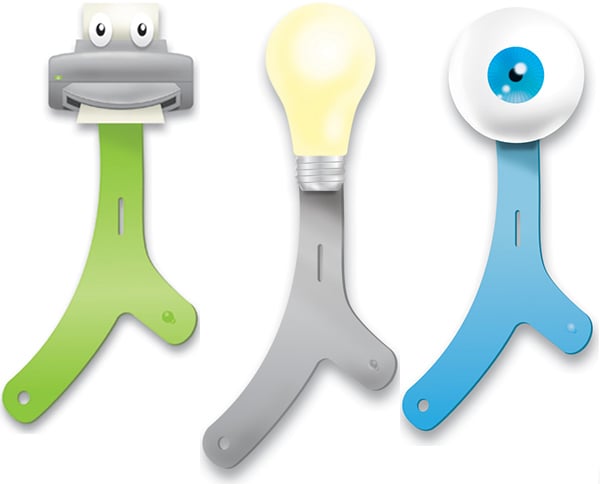 Obviously these are all conceptual images, but since quirky is already accepting pre-sales (pre-sales are different from pre-orders in that a set number of pre-sales must be reached before the product is actually manufactured), I’m pretty sure the real Cable Caps will be as creepy as these mock ups. Still can’t figure out how they’re used? Here, let “printer man” (Really? Printer man? It took a group of people to come up with that?) show you how.

See? Despite their deranged looks, the Cable Caps are pretty easy to use: just thread the USB’s head through the slot in the middle of the band, stick it into the head, and then wrap the rest of the band around the rest of the cable. There are six designs in all, none of them decent. 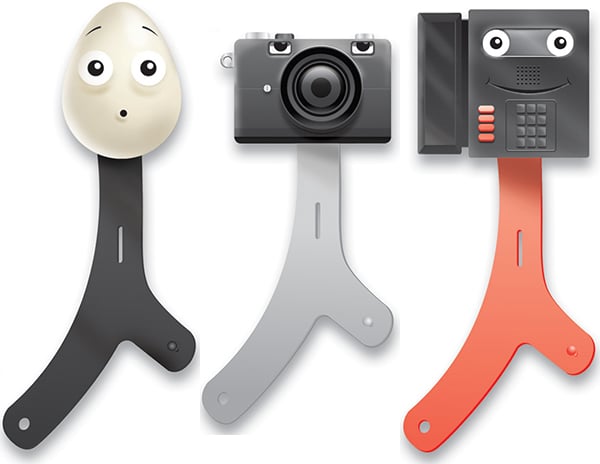 As I said, pre-sales are now being accepted at quirky. Cable Caps are sold in sets of three for $8 (USD) per set. They’re pretty useful, just don’t stare at them.