If you find that you’ve been playing your Xbox 360 too much and you’re putting on the pounds, well look no further because this is the perfect solution for you: hooking up an exercise bike to your gaming console! 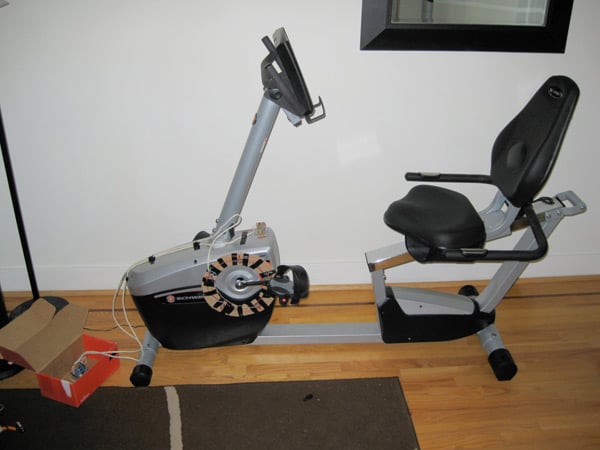 This is part of acgourley’s Project Excite Bike, which kind of reminds me of that old Nintendo 8-bit game I used to like, Excite Bike. Basically, he used a sensor ring to capture the movement of the bike while you are pedaling. This action replaces a button or a trigger on the Xbox 360 controller, and passes its information through a modified 360 joystick circuit and an Arduino controller.

This is primarily used for racing games. The speed at which you pedal would be the speed of your virtual car. It’s kind of awesome if you ask me. This initial hack was done with an Xbox 360, but it could be adapted to any game console.

While the concept sounds pretty simple, it’s pretty complicated to set up. If you want to give it a shot for yourself, check out acgourley’s blog to for schematics and more info on how he put it together. 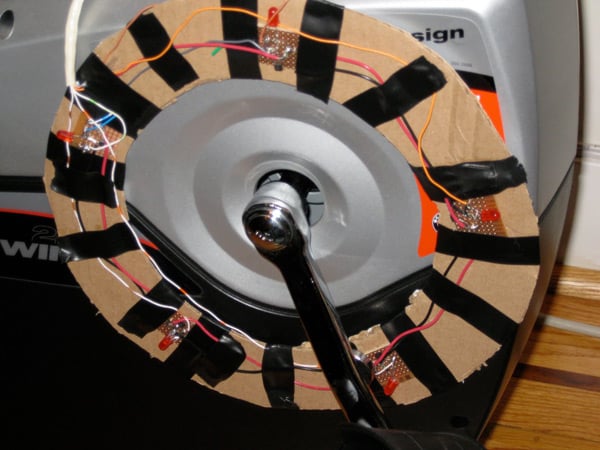