The annoying about having a computer in the kitchen is that you lose valuable counter space to a keyboard and a mouse. Here’s a cool idea for a touchscreen computer that’s the perfect kitchen computer to surf on and to check recipes. 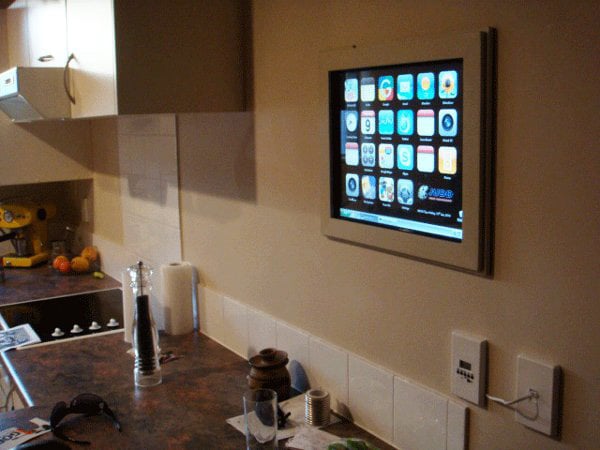 The iPhone Inspired DIY Kitchen Touchscreen Project was put together by Ryan of JUDD Studio Engineering who was looking to put together a kitchen computer so his wife could keep track of all of her recipes, grocery lists and the like. 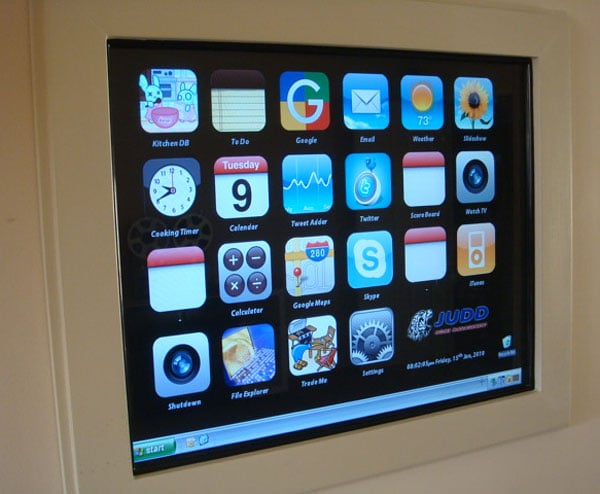 The Windows-based computer is hidden inside a cupboard, and interfaces with a remote wall-mounted touchscreen. Ryan then developed a touchscreen GUI to interact with the computer. The system can show the weather, manage grocery lists thanks to a barcode scanned, and a bunch of other stuff – except make phone calls.