YouTube user applegirl002 just did Apple a favor. Her videos show just how mature and complex the apps on the iPhone and iPod Touch have become. applegirl002 shows us how to play Lady Gaga’s Poker Face using only four iPhones, three apps and one wicked stand. 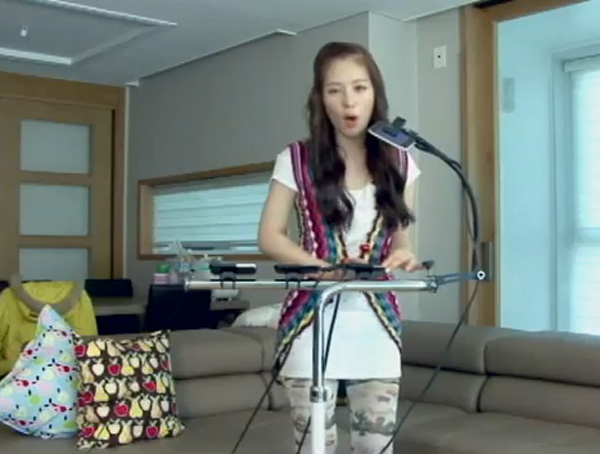 Actually that’s a lot of equipment so maybe I shouldn’t have used the word “only”, but hey. Let’s see you do this with other cellphones:

applegirl002 used the famous I Am T-Pain app to autotune her voice, two Beatmaker apps, and one “analog” (by that I think she means analog synth) app. It might be miniSynth, or it might be NLog or something else, but it’s clear that it’s a synth with an analog interface. Here’s one more from applegirl002; the setup is simpler compared to the first video but it still shows just how easy it is to play and produce decent music on the iPhone.

I like how pleased she is with herself when she starts playing and everything she recorded comes together. Good for you, kid.