What can you do with a bunch of beads and a LEGO Mindstorms kit? Make a fully functional jumping Mario question mark block sculpture, that’s what. 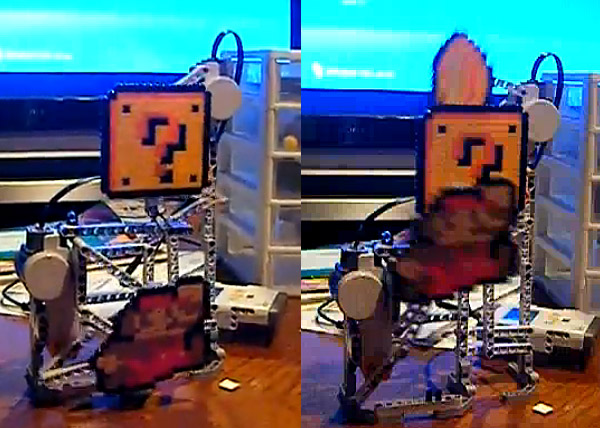 …brought to you by a bunch of gigglers, a.k.a. Doug and Anne Quinn. Seriously though they should make a Mario cuckoo coin box clock using this thing.

[Thanks to Jonathan for the tip!]