I like the X-Men; in fact I watch the cartoon with my son sometimes. It reminds me of the cartoons from Saturdays when I was his age. I though the X2: X-Men united film was pretty darn cool too, even if the first flick was better. 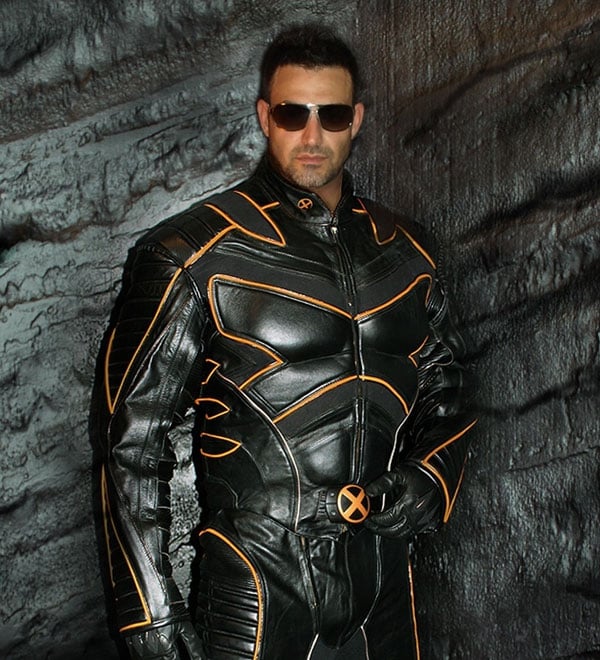 You might recall that snazzy motorcycle suit that Wolverine wore in the flick. If you though to yourself, “Man I could get all the geek booty I can handle at Comic-Con next year wearing that” you are in luck.

A company called UD Replicas has announced that it is building an officially licensed replica of the suit from four different types of leather than is put together by hand. The suit has a jacket, pants, and gloves. Those gloves have Kevlar in the palm and the suit has removable body armor in case you snag a claw and fall off your bike. If you are a bit pudgy in the middle, a set of faux abs are built-in as well. I am sure this thing will be very expensive when it launches.