If Anakin Had This, There Would be No Luke or Leia 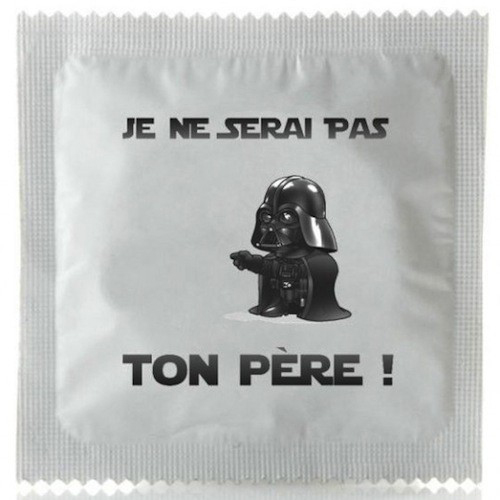 Translated, it says, “I will not be your father!,” which is kinda stupid. Shouldn’t it say “I will not be a father?” If your child isn’t born yet, who are you talking to Vader? *runs*