Super Meat Boy: if Mario Had No Skin and Koopa was a Lot More Cruel

Narrative-wise, platformers are the weirdest of video games. After all, it’s hard to build a plot that adequately jutifies hours of running and jumping. Take Super Mario Bros. for example. It stars an Italian plumber who eats flowers and mushrooms en route to beat a huge, spiky turtle. The upcoming Super Meat Boy is no different – in it, players control “a boy without skin whose girlfriend – who is made of bandages – gets kidnapped by a fetus in a tuxedo wearing a top hat and a monocle.” Weird indeed. 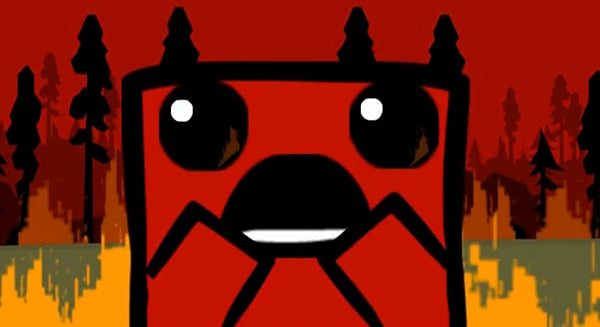 If you think the plot is crazy, wait ’til you see the gameplay:

I love the level variations, but I’m pretty sure I would get frustrated with this game real quick. I’m just not good at platformers, and this one looks like it’s the Ninja Gaiden of platformers. But if this scratches your gaming itch, then keep an eye out for Super Meat Boy. Developer Team Meat promises “over 300 levels of saws, disease, fire, lasers, missiles, and various other traps.” I don’t even want to know what those “various other traps” are.