I’m not sure why the Libre eBook reader makes me want to listen to Tenacious D and eat a big plate of nachos. Anyway, Borders has announced that it is now taking pre-orders on the Libre eBook Reader Pro. The device will ship on July 2.

We have seen this eReader before; it’s a discounted version of the Aluratek device by the same name. Borders is offering the gadget for just $119.99 (USD), making it one of the least expensive eReaders on the market. The device uses a 5-inch monochrome reflective light LCD that looks like paper and is easy on the eyes. 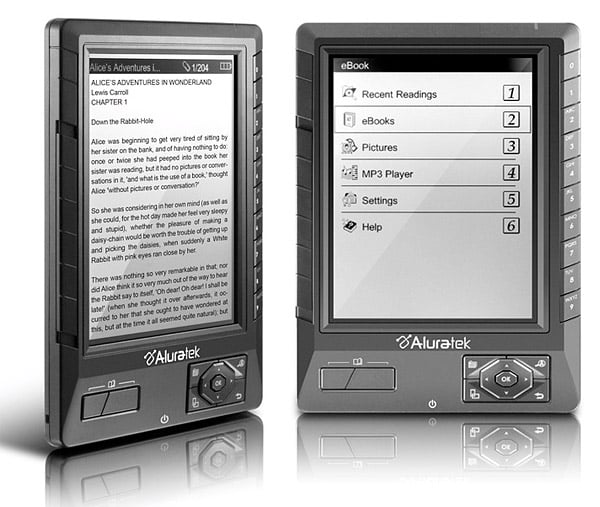 The Libre measures 6″ x 4″ x 0.35″ and weighs in at only 7.6 ounces. The device has 256MB of internal storage and that storage can be expanded to 32GB with SD cards. The battery is good for 24 hours of continuous use. The device will also play MP3 files and includes 100 classic books pre-installed.

Want one? Head on over to Borders, and place your pre-order now.