The Love Tester is an actual Nintendo product from way back when the company just started making toys. According to gameSniped, it was made by Nintendo legend Gunpei Yokoi, the father of the Game & Watch and Game Boy systems, and producer of the Metroid series. The claim isn’t too far off, as the Love Tester was made just a few years after Yokoi’s first hit toy, the Ultra Hand. What I find funny about all of this is that the Love Tester is on sale again supposedly because of “popular demand.” This toy was released in 1969, so apparently people have been clamoring for it for 41 years!

I’m not sure if this new Love Tester is actually licensed by Nintendo, but it might as well be, because it looks exactly the same as the original. Pictured above is the Love Tester currently on sale, while below is a picture of the original, from the archives of the Handheld Museum. Even the packaging is unchanged. 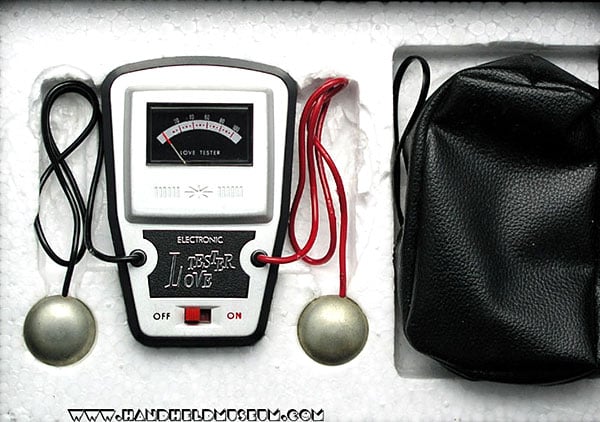 Here’s how the Love Tester works, according to the old manual: 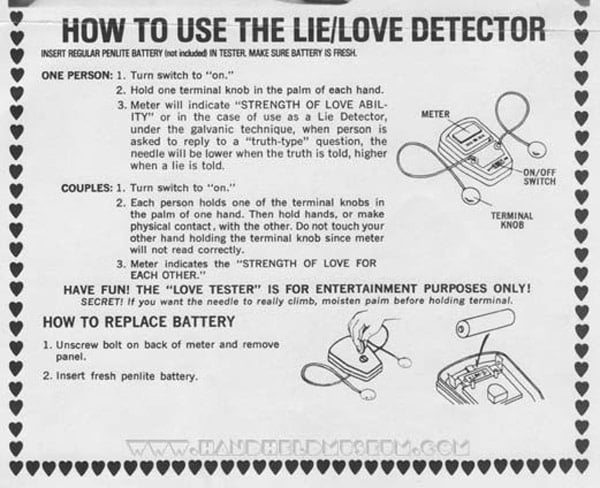 [with a tip of the hat to Chip Chick]