The guys over at Hypebeast stumbled onto these images of an iPhone 4 paired up with the lens from a dSLR camera. 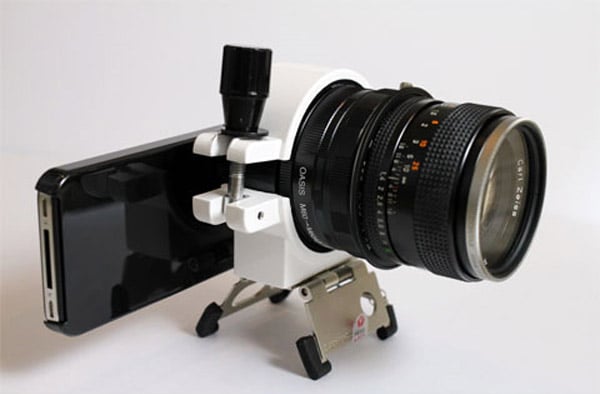 While details are scarce, and some commenters think the rig is fake, I think it’s real, especially from the Manfrotto pocket tripod mount, which is a legitimate photographers accessory, featured previously here on Technabob. 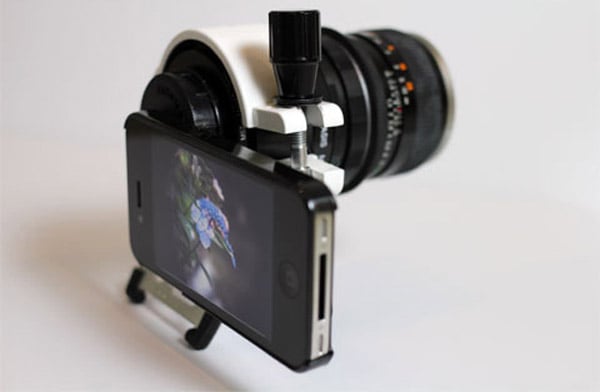 Now, I think the iPhone 4 captures pretty nice photos all on its own, but the idea of a manually adjustable lens could make for some much more professional and artistic photography than the iPhone’s tiny standard camera lens can muster on its own.

Do any of you guys with a background in optics think this could even work without distorting the images tremendously?