Shortlisted at the 2010 Australian International Design Awards, you can probably guess the special feature of the LG Time Machine Plasma TV concept. It can record TV shows – even while you’re watching something else – and pause and rewind live TV. In other words, it has a built-in DVR. 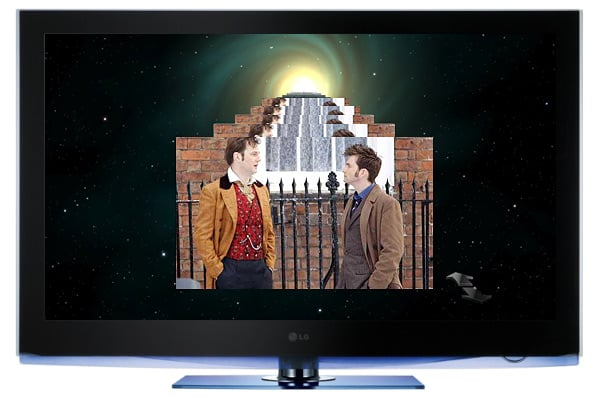 Just to be clear, the image above is by yours truly; surely you know by now that not even the best of LG’s designers could match my photomagicking skills. The TV has a USB port, so you can save more shows and presumably watch them on another media device (although the profile didn’t describe the format that this conceptual TV uses to save video) . For someone who’s never used a DVR before, I think it’s a neat concept, although if this TV ever sees the light of day I’ll probably never be able to afford it. Check out the link below for more info.