We here in the U.S. might have had Rock ‘Em Sock ‘Em Robots when we were kids, but in Japan back in 1979, they had a little game called Pokapon. Instead of knocking off your opponent’s block like in Rock ‘Em Sock’ Em, the objective of Pokapon was to beat your friend senseless until their wig flies off their head. 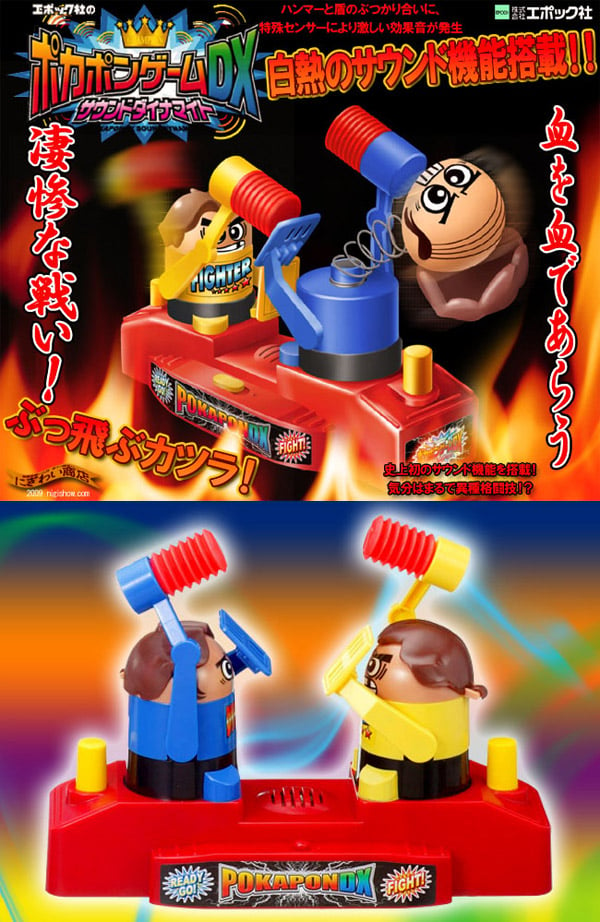 Now, there’s a 21st century update to Pokapon, simply called Pokapon DX. The new version of the game has the same simple premise of the original, but updates it with digital sound-effects when you’re smashing your opponent on the head. Here, maybe this video clip will help set the record straight:

Or maybe this one:

Why the heck didn’t we have this game here when we were growing up? Go figure. Well at least we have a chance to play Pokapon DX now. Thanks to the guys at Strapya-World, you can get this game shipped all over the world for the low, low price of ¥2080 (appx. $23.70).