Anyone who wants to disturb Rick Prescott while he’s working will have to pass by his receptionist first – a heat-seeking Nerf gun. 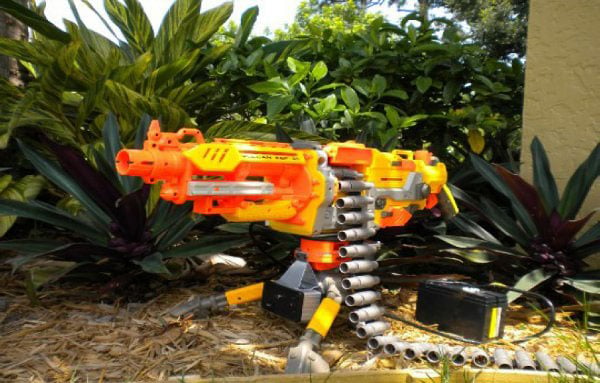 Nerf should buy Prescott’s design. Holiday season’s coming Nerf, this could be your golden ticket! For now, DIYers can look up the mod’s design and files on Prescott’s website.