For the lucky people who have lived their lives blissfully unaware of the game, LovePlus – or as they call it Japan, Rabu Purasu – is a Nintendo DS dating simulator. Players choose from one of three girls to court and date. Personally I don’t find the concept too weird. It’s the effect that unnerves me. Case in point – LovePlus gamers trekking to a town’s referenced in the game. This new update on the power of this game should not be as depressing as the earlier news about the guy who married his LovePlus girlfriend…and yet it is. 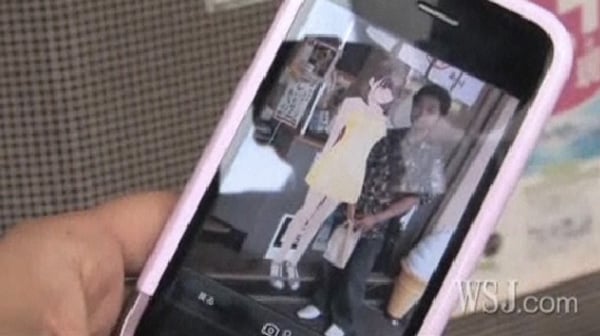 Yes, that’s a guy posing with his virtual girlfriend, thanks to a phone app released by LovePlus developer Konami. The video below may drive you mad:

*Gasp* Oh my god holy crap I can’t believe that guy is still using a DS Phat! Seriously though, I choose not to go mad. I think of it this way – some people are addicted to violent games, some are addicted to romantic games. No. That doesn’t justify it at all. When a real town experiences an increase in tourism because men are vacationing with their virtual griflfriends, one has to ask if one is still in the real world or in a Ghost in the Shell episode. And when one of these men can’t see the sights because his virtual girlfriend is not in the mood…one still feels that teen werewolves are ten times more disgusting.

[via WSJ via Topless Robot]