Casemods can be cool and often they are very ornate things that I couldn’t hope to replicate because I lack the talent for artistic things. Now a modder going by the moniker “sirleechalot” has shown off his new Bioshock casemod, and this one not only looks cool, it’s something that I think I could build. 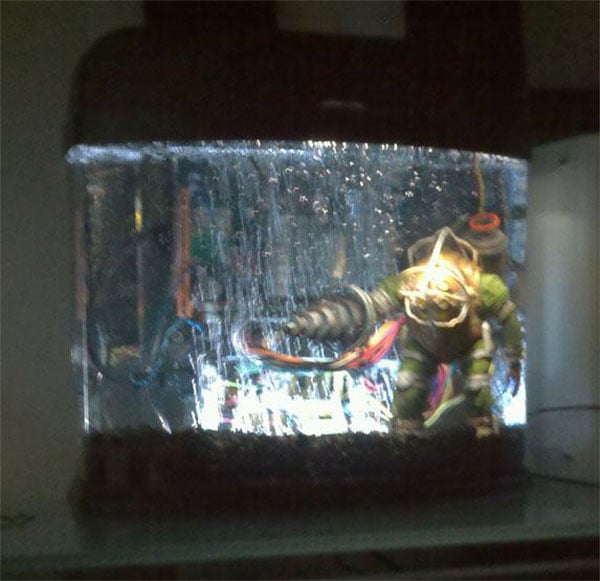 Sirleechalot took a 5-gallon aquarium and filled it with four gallons of mineral oil. He then sunk the mainboard powered by an Atom processor and the PSU into the mineral oil after mounting it to a clear plastic backing. The Big Daddy figure that gives the casemod the Bioshock feel was purchased from Amazon. The oil gets bubbled with a bubble filter underneath some black gravel. You can see the thing in action in the video below.

It appears that the entire mod cost under $200. The only part of the HTPC that was not placed under the mineral oil was the hard drive, which would probably not like to be submerged in the oily waters of Rapture.