Bag Hug Chair Doubles as Both Chair and Backpack

Despite the fact that I am usually found sitting at a computer, I do actually enjoy the great outdoors. But you know what my biggest problem with it is (aside from the lack of WiFi)? The lack of chairs. 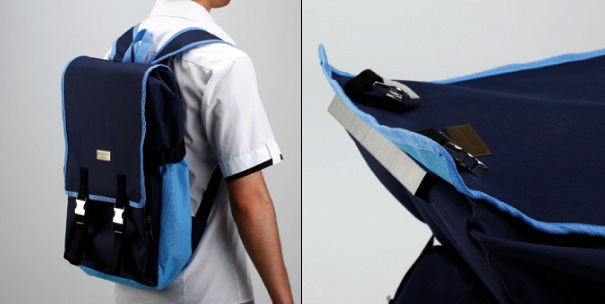 Alright, so maybe I don’t have that much of an issue with sitting on the ground, or on a log. However, there are plenty of occasions where it would be nice to have my own chair. Now I’ve had those cheap fold-up ones from Walmart, but they’re bulky and not fun to carry around if you’re going to be doing any amount of walking. With this in mind, someone came up with this Bag Hug Chair concept.

What you have here is a somewhat regular-looking backpack, complete with pockets for holding various (small) items. When you take it off, it can be converted into a chair. It’s not the biggest of seats, but that’s the trade-off for having a more portable design. If I could actually get away from the computer enough to justify it, I would probably buy one of these. Now they just need to get it out of the concept phase and into production.